Jordan Normal summer weather, beginning and mid-week, and a high temperature at the end 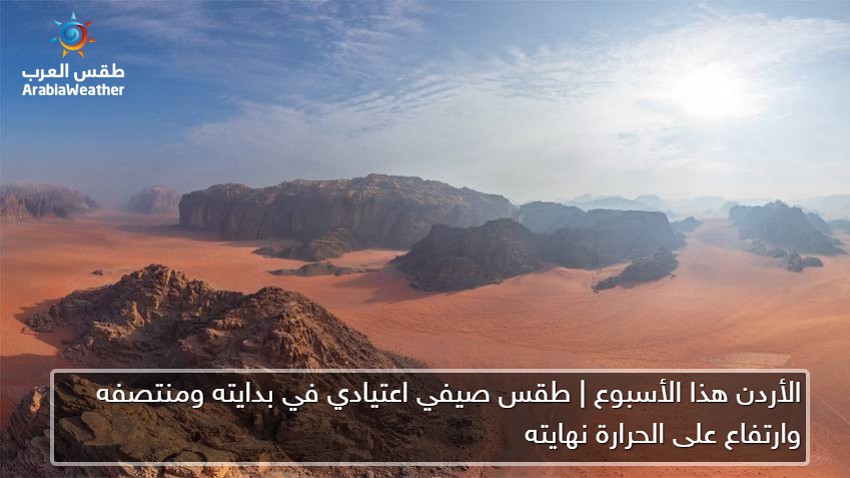 Arab Weather - A regular summer weather prevails during the current week, where temperatures are around their rates for this time of year, and the weather is relatively hot in the ropes, while it is hot in the Jordan Valley, Dead Sea, Aqaba and the eastern and southern regions.

In detail, temperatures drop slightly from Monday, but remain around their annual rates for this time of the year, and the usual summer weather continues throughout the regions until Wednesday.

As of Thursday, a gradual rise in heat

Temperatures gradually rise from Thursday, and the weather becomes hot in all regions, very hot in the Jordan Valley, Dead Sea, Aqaba and the eastern region, and temperatures are higher than their rates at this time of the year, as temperatures rise at night compared to previous nights.