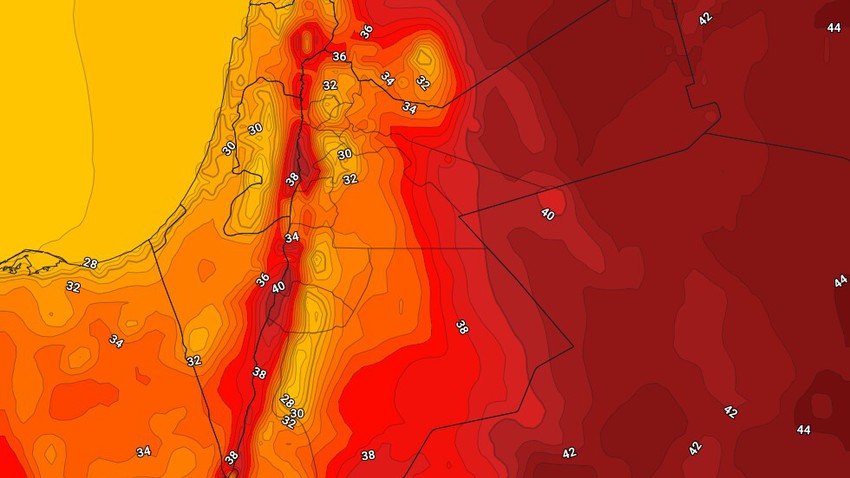 Arab weather - It is expected, God willing, that temperatures will remain around their averages for this time of the year on Monday, so that the weather is normal summer over most areas, and hot to very hot in the Jordan Valley, the Dead Sea and Aqaba, very hot in the Badia regions and temperatures are in the forty levels Over those areas, with the appearance of clouds at medium and low altitudes, especially in the northern regions.

Winds will be northwesterly moderate to brisk, accompanied by strong gusts that exceed the 60 km/h barrier in the eastern regions, working to raise dust and dust over those areas.

The weather during the night hours remains generally pleasant to moderate, and there is an increase in humidity, with the appearance of low clouds.

The winds are northwesterly moderate in speed, active at times, especially in the eastern regions, and are dusty to a limited extent in those areas.