Jordan | Public Security: All roads are passable except for Al-Omari Road due to low visibility, and the rest of the roads in those areas need severe rooting 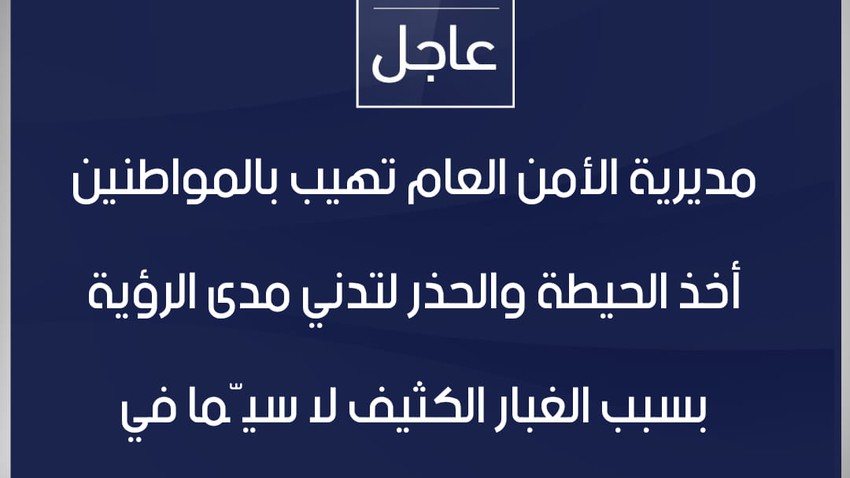 Arab Weather - The Public Security Directorate calls on citizens to take precautions due to low visibility due to heavy dust, especially in the eastern and southern regions.

Confirming that all roads in the Kingdom are passable, except for Al-Omari Road, closed due to low visibility, and the rest of the roads in those areas need extreme caution.

The directorate called for the necessity of complying with the orders and instructions of the public security men deployed on those roads when they are closed; For their safety and to ensure their safe arrival to their destinations.