Jordan records 9,192 new cases of the Coronavirus and 74 deaths - may God have mercy on them all 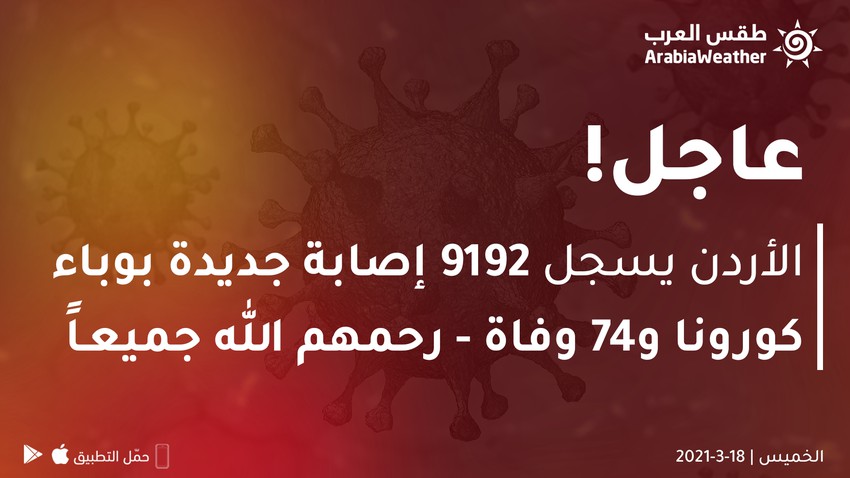 Arab Weather - Today (9192) new cases of Corona virus were recorded in the Kingdom, and (74) deaths were recorded - may God have mercy on them
Details through the report issued by the Jordanian Ministry of Health

• The percentage of positive examinations reached nearly (19.55%), compared to (19%) yesterday.

• The number of recovery cases in home isolation and hospitals for this day reached (4584) cases, bringing the total cases to (416,971) cases.

• The number of cases that have been admitted to hospitals today is (491) cases, while (314) cases have been discharged.

• The total number of confirmed cases receiving treatment in hospitals is (3198) cases.

• The total number of isolation beds used in hospitals for confirmed and suspected cases yesterday (2475), with an occupancy rate (47%).

• The total number of ICU beds used in hospitals for confirmed and suspected cases yesterday is (707), with occupancy rate (56%).

• The total number of ventilators used in hospitals for confirmed and suspected cases yesterday (369), occupancy rate (32%).