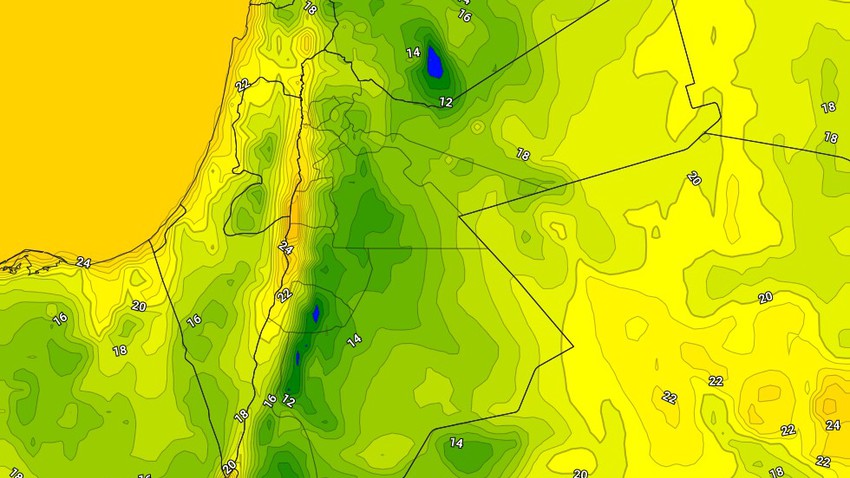 Arab Weather - The latest output of the numerical models processed by the weather forecast cadre in the Arab Regional Weather Company indicates the return of a decrease in night temperatures from Thursday / Friday night, and during Saturday / Sunday night, so that the weather is colder than usual over all regions of the Kingdom .

Relatively cold weather at night, warning of increased chances of catching a cold

With the decrease in night temperatures during the next two days, the weather is expected to become relatively cold in most regions of the Kingdom, especially with Thursday/Friday night, so that the minimum temperatures drop to be between 14-12 degrees above many areas, especially mountains and plains, and be below that in the peaks Shara Mountains.

Therefore, the Arab Weather website alerts of the thermal differences and the cold weather during the night hours, which contributes to an increase in the chances of infection with colds and seasonal diseases, especially for children.

Humidity levels rise significantly during weekend nights, exceeding 90% in some areas, so that fog forms in the mountains and eastern plains.

• Be aware of the danger of low horizontal visibility in the mountains and eastern plains during the late night and early morning hours due to fog.

• Wear a light coat if you go out of the house during the late hours of the night, focusing on children's clothing.