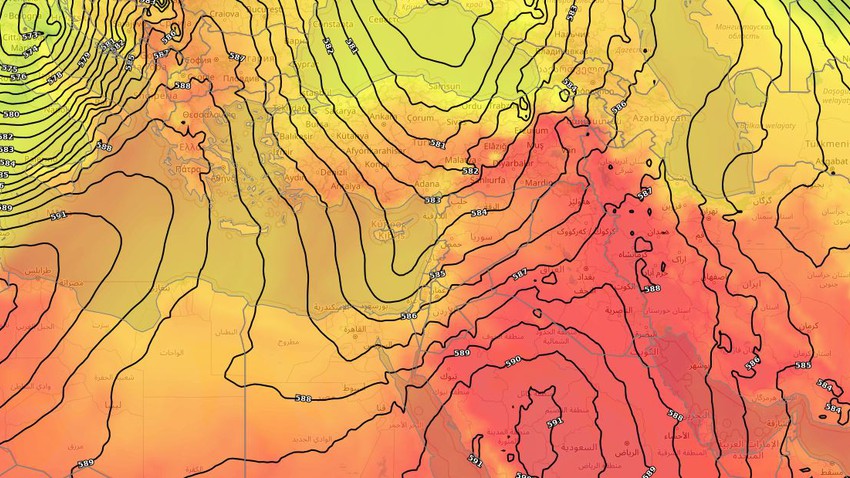 Arab Weather - Weather maps show expectations that the weather will continue to be relatively hot in most regions and cities of the Kingdom on Thursday 18-8-2022, but a decrease in temperatures will occur during the weekend to turn the atmosphere into a normal summer and within its usual rates for this time of the year.

In the details, the temperatures remain slightly higher than their averages for this time of the year on Thursday, so that the weather will be relatively hot in most regions of the Kingdom, and hot in the Jordan Valley, the Dead Sea and Aqaba, and with the afternoon and evening hours clouds appear at medium and high altitudes in the Badia regions. It is interspersed with some cumulus clouds that are accompanied by thunder showers of rain. At night, a moderate atmosphere prevails in various regions, with the appearance of low clouds in some areas during the early morning.

A drop in temperatures is expected on Friday, turning slightly below their rates for this time of the year, and the weather turns into a normal summer in various regions of the Kingdom, and hot in the Jordan Valley, the Dead Sea and Aqaba, and with the night hours the weather remains generally moderate and ideal for outdoor sessions. .