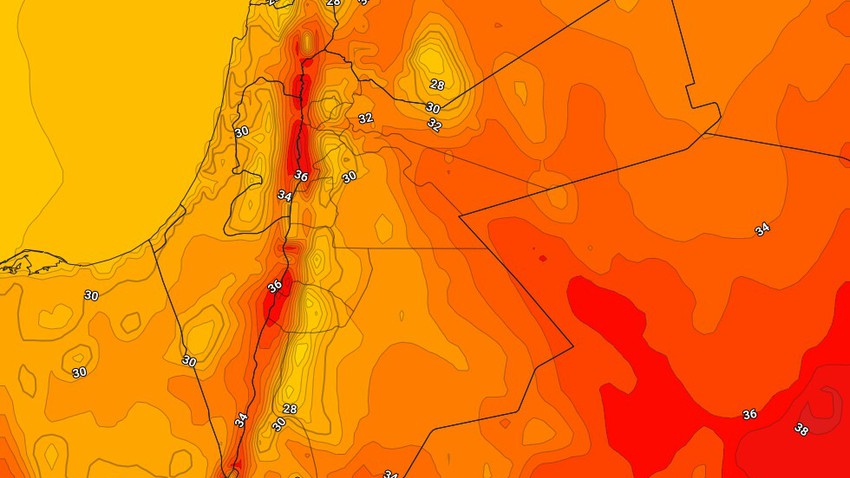 Arab weather - It is expected, God willing, that there will be a decrease in temperatures to become lower than their rates for this time of the year, and mild summer weather prevails in all regions of the Kingdom, relatively hot to hot in the Jordan Valley, the Dead Sea and the city of Aqaba, with the appearance of medium clouds, especially in the eastern regions. .

The winds are northeast to northwest, light to moderate in speed, sometimes active in some areas, causing dust, especially in desert areas.

Night temperatures are back

There is an increase in night temperatures compared to the previous nights, and the weather is pleasant in most regions of the Kingdom, tends to be cold in the mountainous heights and the plains during the late night hours and dawn, which requires wearing a light coat while leaving the house when the night hours are late.

Surface humidity levels rise significantly, and large amounts of low clouds appear in various regions of the Kingdom, especially in the northern regions.