Jordan | Saturday: More drops and rain, God willing, and expectations of snow showers above 1450 meters in the south, accumulating sometimes 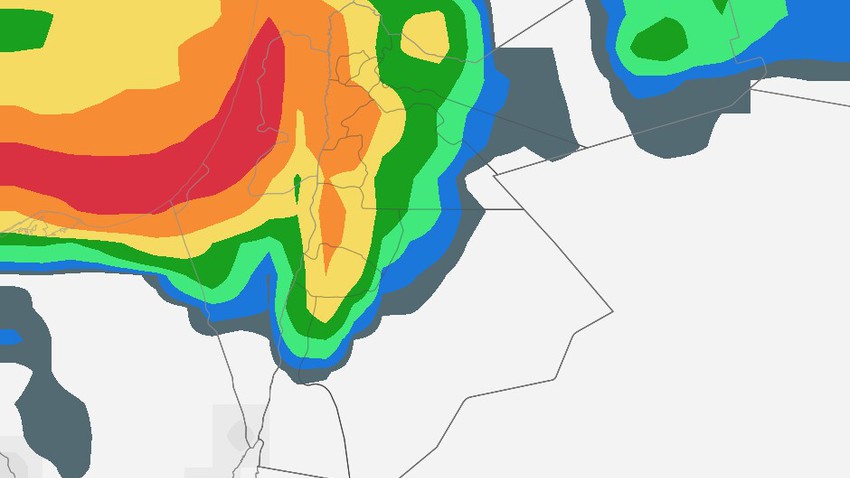 Weather of Arabia - God willing, it is expected that there will be another drop in temperatures on Saturday, and they will become lower than their usual rates for this time of the year by about 6-8 degrees Celsius.

The weather continues to be cold and often cloudy with rain and hail, God willing, at intervals in several regions of the Kingdom, including the southern regions.

It is also expected that showers of snow will gradually fall over the southern high mountains, which are more than 1450 meters above sea level, sometimes accumulating according to the altitude.

The wind is westerly brisk, with strong gusts sometimes

In the Gulf of Aqaba

The weather will be cold and cloudy with occasional rain in several boring areas.

It is expected that the rain will intensify in the hours after midnight, especially in the capital and central regions, and be heavy for some periods.

And the opportunity remains for showers of snow to fall over the southern high mountainous mountains, the Sharah Mountains, sometimes accumulating according to the altitude.

The wind is westerly moderate to brisk

2) Be aware of the dangers of slipping in the southern high mountain heights as a result of snow showers.