Jordan | Scenes of precipitation and snow accumulations in the south of the Kingdom, Saturday 19/2/2022 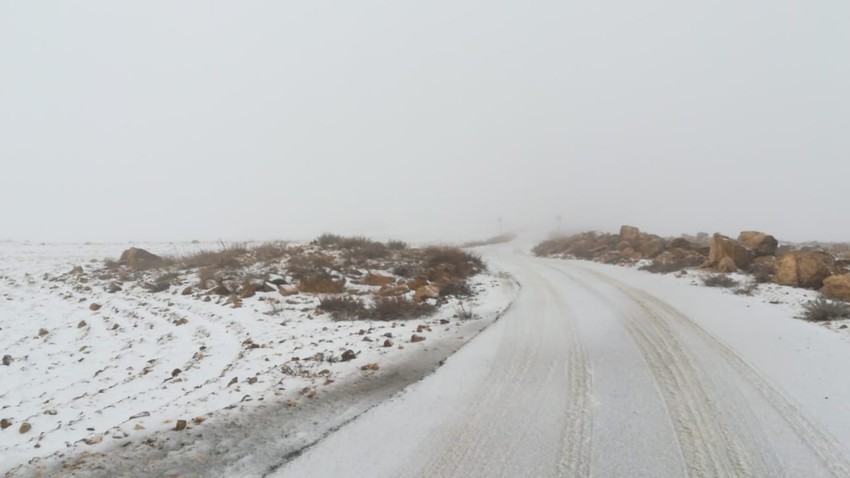 Weather of Arabia - The Kingdom of Jordan is affected today by a state of atmospheric instability resulting from the convergence of the so-called Red Sea depression in the layers of the atmosphere near the surface of the earth with the deepening of a very cold air mass in the upper layers of the atmosphere, and this situation led to a coup in the atmosphere today, Saturday, where a decrease occurred It is clear on the temperatures, and the kingdom has a cold atmosphere in general

As a result of this state of atmospheric instability, the opportunity was created for showers of rain at intervals in different parts of the Kingdom, accompanied by thunder and hail sometimes, as some of these showers can be heavy at times, especially in the south and east of the Kingdom, including the city of Aqaba and Areas of the Jordan Valley and the Dead Sea, which leads to the flow of valleys and reefs, and may form sudden torrents.

Snow showers also fell over the tops of the southern parts of the Al-Sharah Mountains, including Jabal Mubarak and Al-Heisha.

We leave you with scenes of precipitation and snow accumulations in Jabal Mubarak: