Jordan | Severe cold weather, renewed deepening of the influence of the polar mass, and snow showers expected in the middle of the week 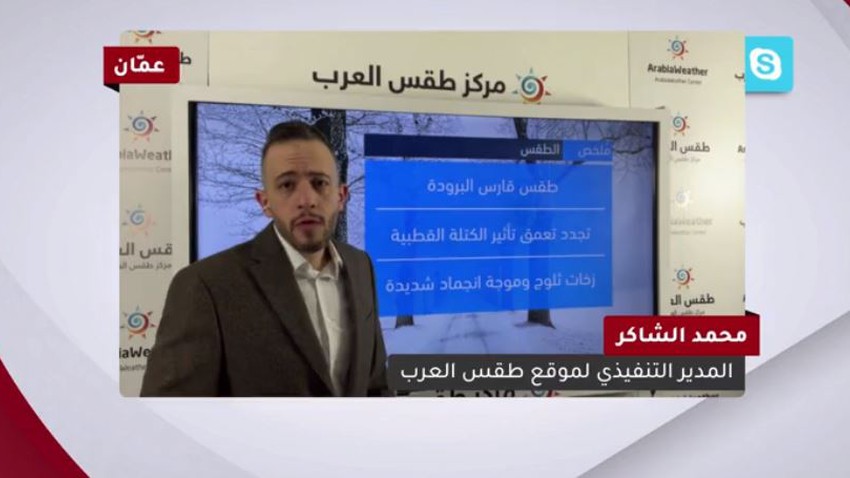 Arab weather - The Kingdom of Jordan is dominated by cold weather during today and the next few days, and it is expected that the effect of the polar mass will deepen in the middle of the week and snow showers will fall on the heights

Tuesday | The cold polar air mass deepens towards the Kingdom and is associated with unstable weather conditions:
On Tuesday, temperatures prevail, recording levels colder than their normal rates for this time of the year by more than 12 degrees Celsius, and very cold weather in most areas with showers of rain and hail, God willing, in several regions of the Kingdom. And intermittent snow falls, God willing. Over the mountainous heights, which include parts of the major cities.