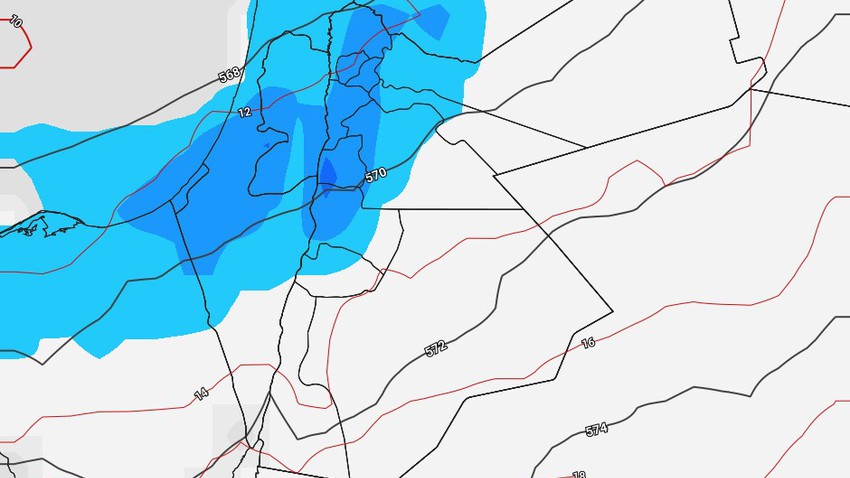 Arab weather - God willing, and with the increasing impact of the Kingdom on the air depression classified as first-degree (weakest) according to the Arab weather index to measure the severity of air depressions, it is expected that the quantities of medium and low clouds in the Kingdom’s atmosphere will increase during the late night hours of Thursday/Friday night, dawn and morning Friday, so that the first rain showers of the current autumn fall on the western parts of the north and center of the Kingdom, all the way to parts of the peaks of the Sharah Mountains and the southern regions.

The rains are of varying intensity, and are sometimes heavy in narrow geographic ranges for temporary periods, which causes some torrents and water gatherings on the roads, and may become thunder sometimes.

Chances of rain continue until Friday afternoon and afternoon

Showers of rain continue to fall in different parts of the Kingdom during the hours of Friday morning, before the chances of rain begin to gradually decline, with it remaining available in some areas until the noon and afternoon hours, and the weather returns to stability and becomes cold after that.