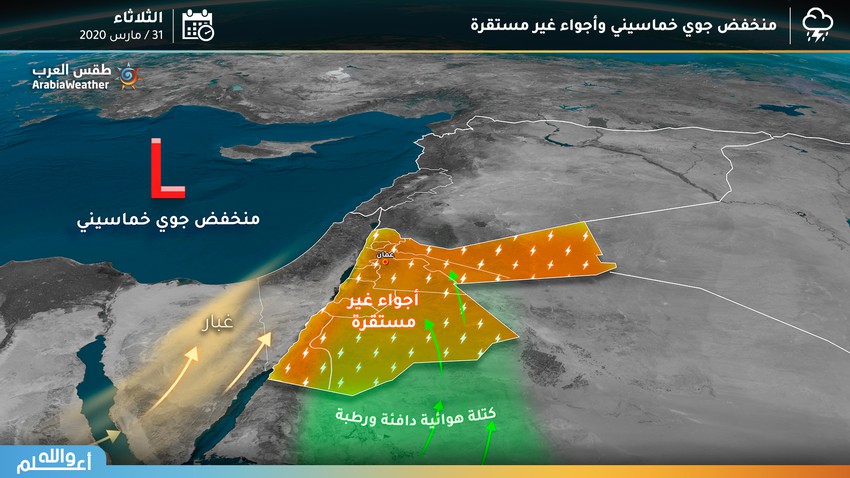 Arab weather - Monday and Sunday temperatures rise significantly and significantly compared to Sunday, as active western winds that blew earlier Sunday retreat, and the "Great" afternoon in Amman and Jordanian cities approaches the 20 ° C barrier. This is due to the effect of an elevated atmosphere in all layers of the atmosphere on the climates of the Kingdom Monday.

Meanwhile, on Tuesday, the Khamasini depression gradually moves towards the eastern region of the Mediterranean, where temperatures continue to rise with the appearance of quantities of medium and high clouds that are punctuated by some rainy cumulus clouds.

Gradually, the quinquennial weather conditions prevail, the dust concentration rises in the atmosphere and the south-western winds are active. Local "muddy" showers of rain are expected in separate and random areas of the Kingdom, sometimes thunder.

On Wednesday, temperatures drop significantly to below their usual levels for this time of the year, as humidity levels rise, and in the morning and noon, "medium" heavy showers of rain fall, God willing, in the north and parts of the center of the Kingdom, and the western winds are noticeably active.