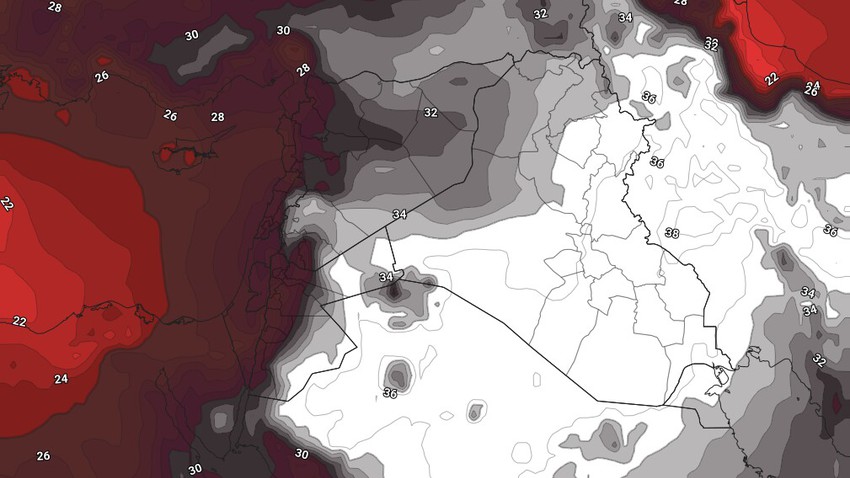 Arab weather - according to the weather maps in the Arab Regional Weather Center, the hot air masses will continue to stay near the Kingdom during the coming days and the first week of August. hot.details

Hot weather in varying degrees over the coming days

The Kingdom will continue to be affected by hot air during the coming period, so that the salient feature is that temperatures will remain higher than their usual rates, and the weather will be hot in most regions of the Kingdom, but with varying severity from day to day, for example, from Sunday until Tuesday, temperatures drop slightly and rise Again, a slight rise, and the weather is hot and sometimes becomes relatively hot in the major cities, especially Tuesday, coinciding with the blowing of westerly winds to northwesterly moderate speeds in the afternoon and evening, active at times.

But from Wednesday until the end of the week, temperatures will rise and the heat may increase, and all this coincides with the appearance of clouds at medium and high altitudes, especially in the south and east of the Kingdom. As for the areas of the Jordan Valley, the Dead Sea and the city of Aqaba, it is expected that the weather will be very hot and exhausting during the coming period, while it will be hotter in the eastern regions of the Kingdom.

Temperatures remain in the thirtieth levels in major cities

During the coming days, the maximum temperatures will remain in the thirtieth levels in the main cities, including the capital, Amman, while they will be in the early forties in the Jordan Valley and Aqaba. As for the eastern regions, it is expected that the temperatures will touch the mid-forties in some parts.

Warm nights continue for the next days

The weather at night during the coming days will remain warm, especially with the early evening and night hours, but the weather will tend to moderate a little in the late night hours and dawn, especially at the beginning of the week, especially the high mountainous heights and the eastern plains areas.