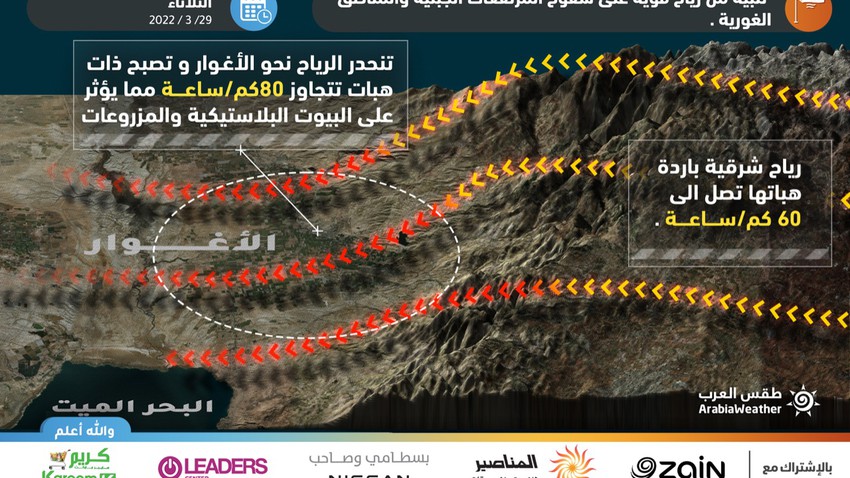 Arab weather - from the late night hours of Monday/Tuesday, dawn and Tuesday, dry southeast winds, moderate to brisk, will blow over the Kingdom, and the winds are accompanied by remarkably strong winds in the slopes of the western highlands, and the valleys and the Shafa are deep, in addition to the Dead Sea, where the speed of their gifts increases Sometimes it reaches 70 km/h, and it alerts farmers and owners of greenhouses in the Jordan Valley to the dangers of strong winds.

Arab weather warns against swimming in the Dead Sea

The winds that blow over Jordan are usually from the northwest or west, and are usually of light to moderate speed. Therefore, it pushes the waves on the small surface of the Dead Sea lightly to medium, which is why tourists and swimmers rush to the beach naturally and gradually without much effort, because the winds are blowing behind them, meaning they are coming from the west and northwest.

In March of 2015; Two drowning accidents occurred due to active easterly to southeasterly winds blowing over the country, which means that the waves and currents of the water have become opposite to the swimmers, making them unable to return to the shore, as happens on normal days when the winds are westerly. 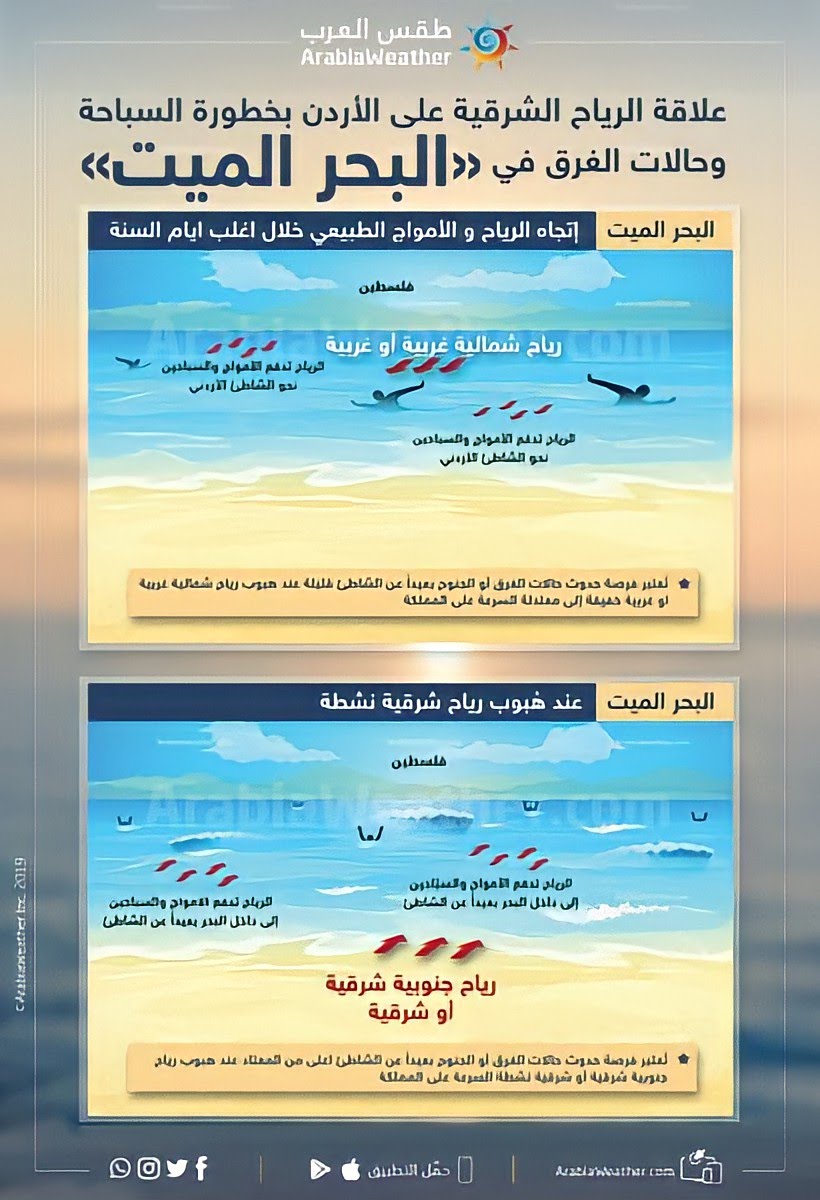 And what makes the matter more difficult for swimmers is the nature of the waters of the Dead Sea, which is characterized by its high salinity and density.