Jordan | Temperatures above average on the first day of August 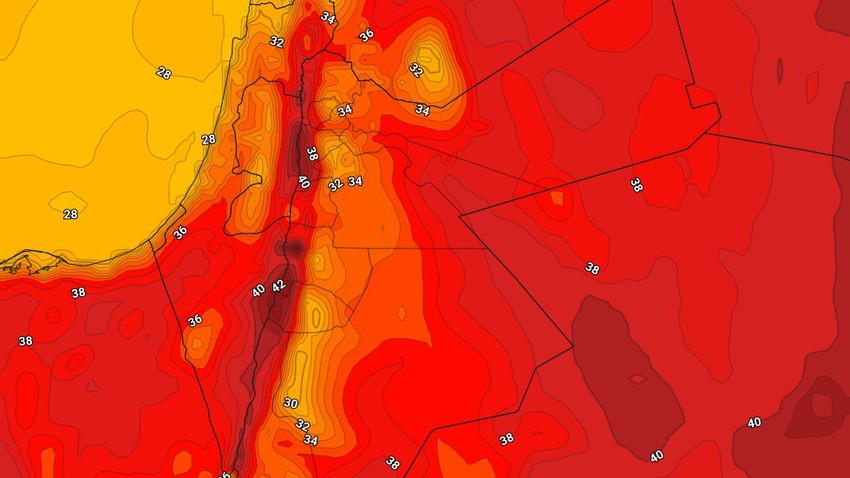 Arab weather - It is expected, God willing, that the month of August will begin with temperatures higher than their averages for this time of the year, so that the weather is generally relatively hot in the summer, very hot in the Jordan Valley, the Dead Sea and Aqaba, in addition to the Badia regions.

Mild weather at night and less humid than previous nights

The weather during the night hours is generally mild, and less humid than the previous nights.

Winds will be northwesterly moderate in speed, sometimes active over some areas, especially in the eastern Badia regions.