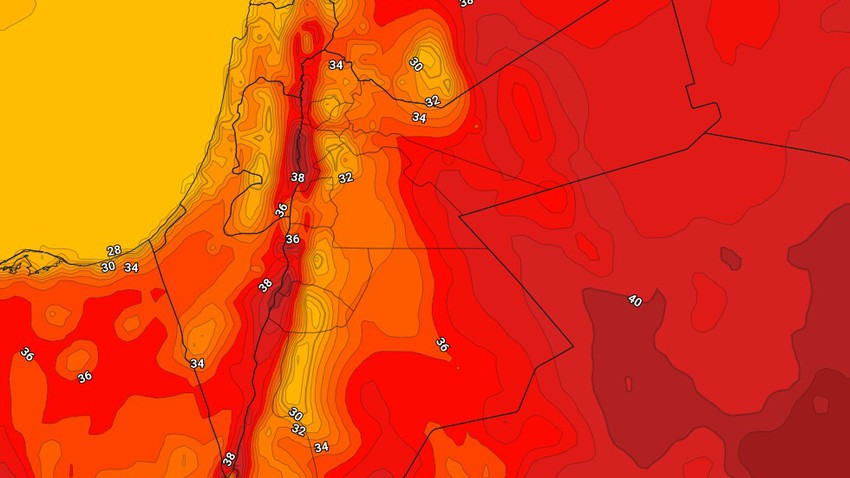 Arab weather - It is expected, God willing, that the temperatures will remain on Tuesday slightly above their averages for this time of the year, and the weather will be normal in the summer in the mountains and relatively hot in the afternoon and afternoon in the rest of the regions, and it will continue to be very hot in the desert areas, the Jordan Valley, the Dead Sea and the city of Aqaba.

Temperatures will be in the early thirties in the main cities, including the capital, Amman, and may exceed that in some cities and neighborhoods, while it will reach the end of the thirties in the Jordan Valley, the Dead Sea, the city of Aqaba and the eastern regions.

Winds will be northwesterly moderate in speed, active during the afternoon and evening hours, and are accompanied by strong gusts at times in the north and east of the Kingdom, working to raise dust and dust locally.

Mild weather at night in many areas

The weather is moderate in various regions of the Kingdom, warm in the Jordan Valley and desert areas, but the weather tends to be a little cold in the late times of the night and during the early morning in the peaks of Sharah in the south of the Kingdom due to its great height above sea level.

There is an increase in the surface moisture levels in the far northern regions, and some low clouds gradually appear.

The winds are northwesterly moderate in speed, active sometimes in the evening and at the beginning of the night, and become volatile and light to moderate in speed with the passage of time.