Jordan | Temperatures around their average Wednesday, with the spread of medium and low clouds 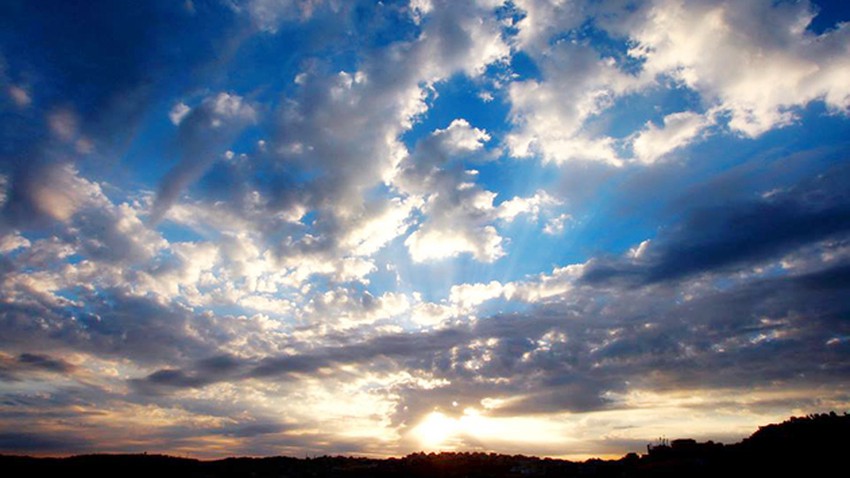 Arab weather - temperatures remain around their averages for this time of the year, and normal summer weather prevails in all regions of the Kingdom, relatively hot to hot in the Jordan Valley, the Dead Sea and the city of Aqaba.

Low clouds and medium clouds are widespread, especially in the northern and central regions, and there is a low probability of local showers of rain in limited parts of the north of the Kingdom during the noon and afternoon hours.

The winds are northwesterly moderate in speed, sometimes active in all regions, leading to dust, especially in desert areas.

The weather is pleasant in the first part of the night, and turns from cold to relatively cold in the mountains and plains, while it is relatively hot in the Jordan Valley, the Dead Sea and Aqaba.

Surface humidity levels rise significantly, and large amounts of low clouds appear in all regions of the Kingdom.

Fog is formed in the northern and central mountainous heights or even the southern, and perhaps parts of the eastern plains, and it is not excluded that the fog will be thick sometimes, especially in the late night hours and early morning, so please be aware of the low horizontal visibility due to fog.