Jordan | Temperatures below average Tuesday, with relatively cold weather in some areas and humid at night 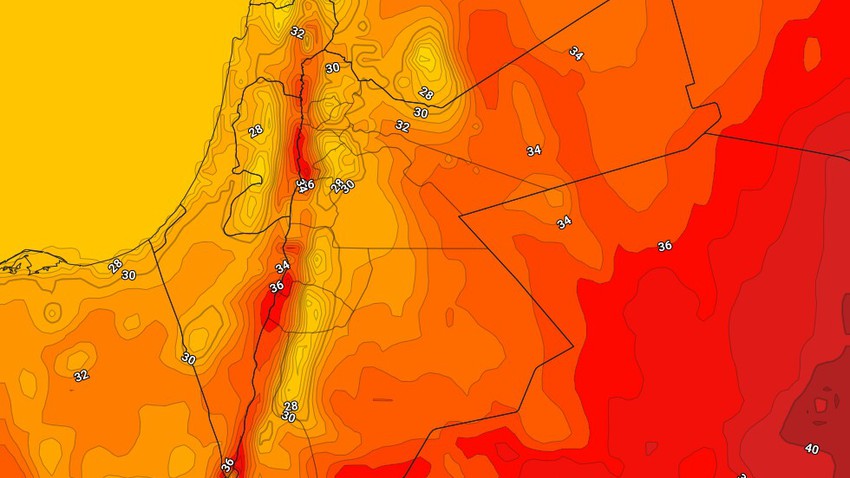 Arab weather - God willing, it is expected that temperatures will continue below their rates for such temperatures for this time of the year on Tuesday. the previous.

Gradually, quantities of low clouds appear, especially in the northern regions, during the afternoon and afternoon hours, while clouds appear at medium and high altitudes in the south and east of the Kingdom.

The winds will be northwesterly, moderate in speed, active at times and cause dust and light dust in some desert areas.

Relatively cold weather in some areas at night

The weather is pleasant in the early hours of the night, and turns to be relatively cold in the high mountainous heights and plains during the late night hours, which calls for wearing a light coat.

There is a noticeable rise in the surface moisture levels, and quantities of low clouds continue to appear, which may work to form fog in parts of the high mountainous heights in the north, central or even in the south of the Kingdom, especially in the Sharah Mountains, and it warns of the danger of a decrease in the range of horizontal visibility.

Winds will be northwesterly, light to moderate, sometimes active over some areas.