Jordan | Temperatures below their average, with the appearance of some clouds at different altitudes 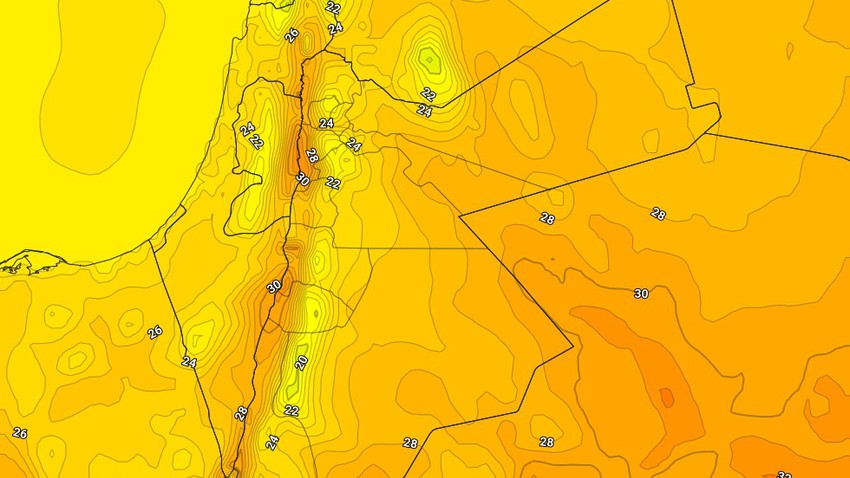 Arab weather - It is expected, God willing, that temperatures will remain slightly lower than their averages for this time of the year on Tuesday.

The winds will be westerly to variable, light to moderate in overall speed.

Relatively cold to cold and humid at night

The weather is relatively cold in the mountainous heights and the eastern plains, turning to cold at late night hours, while it is pleasant in the Jordan Valley, the Dead Sea and the city of Aqaba.

Coinciding with a noticeable increase in surface humidity, fog forms during the late night hours and early morning over parts of the eastern plains.

The winds will be northwesterly to variable direction and light to moderate in speed overall.

Jordan | A sharp turn in the atmosphere on Wednesday, strong winds and rain that may be heavy, concentrated in the northern regions