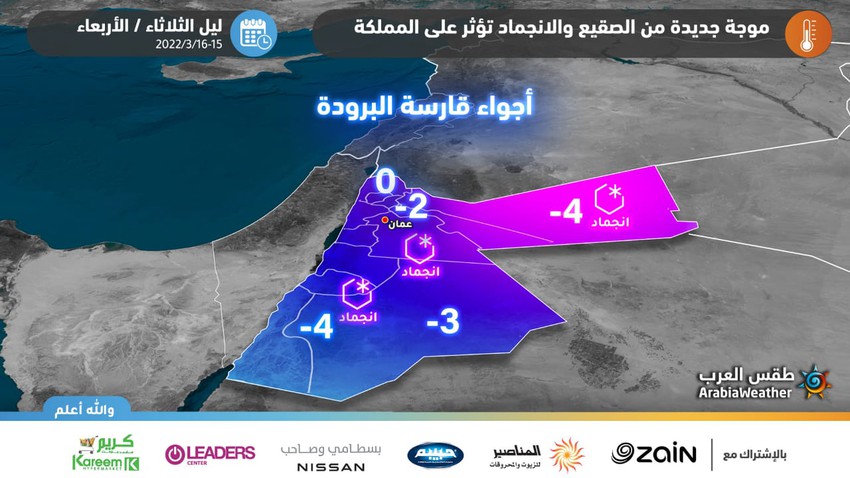 Arab weather - God willing, it is expected that the effect of the freezing air mass will deepen on Tuesday / Wednesday night, as temperatures drop to be below zero degrees Celsius in a number of regions of the Kingdom, including the main cities and the capital Amman, and frost forms and freezing occurs, especially on wet roads and water gatherings on the sides It is expected that frost and freezing will cover agricultural areas and the southern and eastern Badia regions.

Night temperatures drop again with the night hours of Wednesday/Thursday to be around below zero centigrade in many areas, and frost forms again in large areas of the Kingdom, and it is not excluded that freezing will occur in ponds and water gatherings on the roads, and it includes again frost and freezing areas of the Badia and agricultural areas .

Therefore, the Arab Weather website advises the need to pay attention to the danger of frost formation and the occurrence of freezing and its impact on crops, livestock and the fluidity of movement on wet roads. It is also recommended to cover exposed pipes and put antifreeze in vehicles.