Jordan | Temperatures remain around their average Thursday, and dust is expected in the desert areas 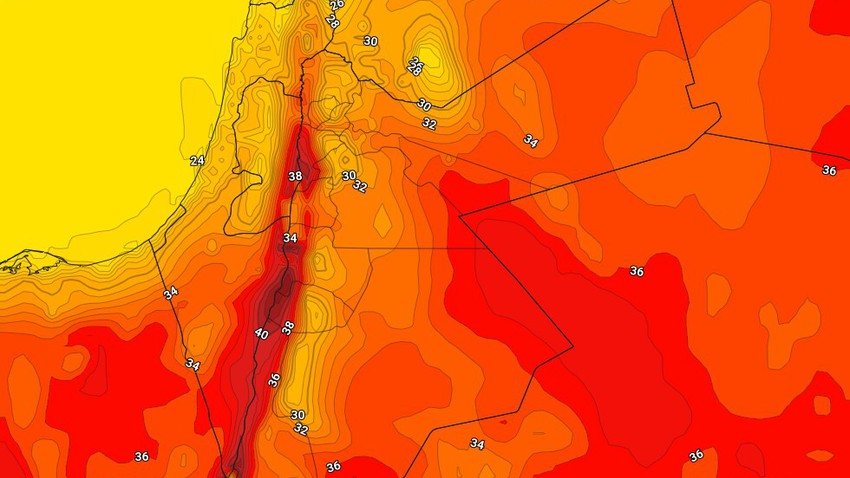 Arab weather - the temperatures on Thursday remain around their averages for this time of the year, and the weather in Jordan is usually summer in general, hot in the Jordan Valley, Dead Sea and Aqaba regions, with the appearance of clouds at different heights sporadically, and the winds are west to northwest, moderate in speed The noon and afternoon periods are active and are accompanied by strong flashes that raise dust in the open areas, as well as moderate to active speed in the Badia, accompanied by strong flashes that cause dust and dust in the Eastern Badia.

Temperatures drop at night, and the weather is generally pleasant to cold, with an increase in humidity, and fog is likely to form in parts of the northern regions. Winds are northwesterly light to moderate, sometimes active in some areas.