Jordan | Temperatures returned to a slight rise Thursday, while remaining below their rates for this time of year 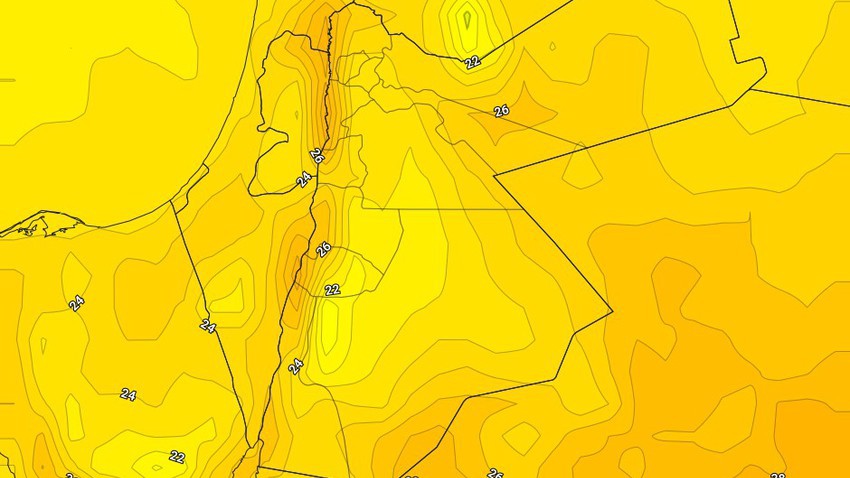 Arab weather - It is expected, God willing, that temperatures will rise slightly on Thursday, but remain lower than their rates for this time of the year. The Jordan Valley, the Dead Sea and the city of Aqaba.

With the appearance of clouds at different altitudes, especially in the northern regions.

The winds will be southeasterly to fluctuating, light to moderate in speed, sometimes active over some areas and be exciting and dusty.

Coinciding with an increase in surface moisture levels in the western regions of the Kingdom, fog is likely to form in limited parts, including the Rum heights.

The winds are variable and light to moderate in speed, sometimes active over some areas.