Jordan | Temperatures turned below average Thursday, and nice and humid weather at night 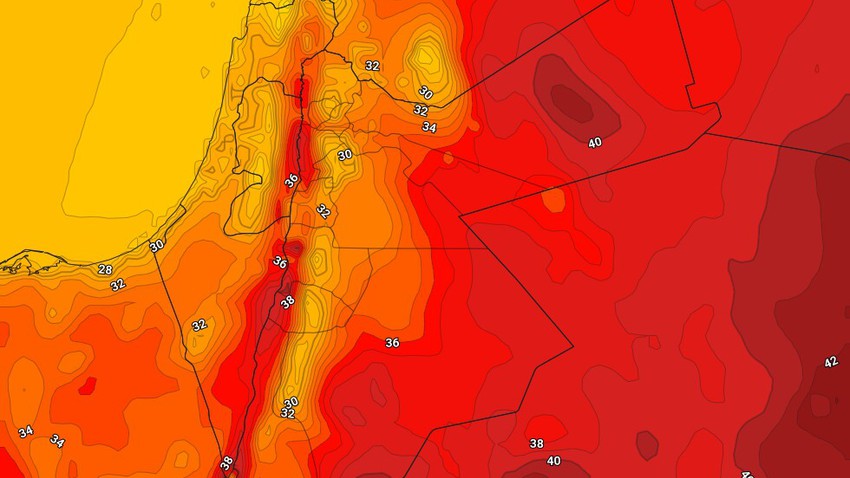 Arab weather - It is expected, God willing, that temperatures will continue to drop further on Thursday, to be around less than their normal rates for this time of the year, and the weather will be normal summer in all regions of the Kingdom, hot to very hot in the Jordan Valley, the Dead Sea and the Badia regions, with The appearance of some low clouds, especially in the north of the Kingdom.

Winds will be westerly moderate in speed, active in the afternoon and afternoon hours, and are accompanied by strong gusts at times that cause dust and dust in the desert and open areas.

Night temperatures will decrease, and the weather will be pleasant to moderate in all regions of the Kingdom, but it will tend to be cold in the late hours of the night over high mountain heights, which requires wearing a light coat if sitting outside the house, coinciding with a rise in humidity and the appearance of clouds the low.

The winds will be northwesterly moderate, and may be active at times in some areas, especially in the high mountainous heights.