Jordan | Temperatures will return to a slight increase over the weekend 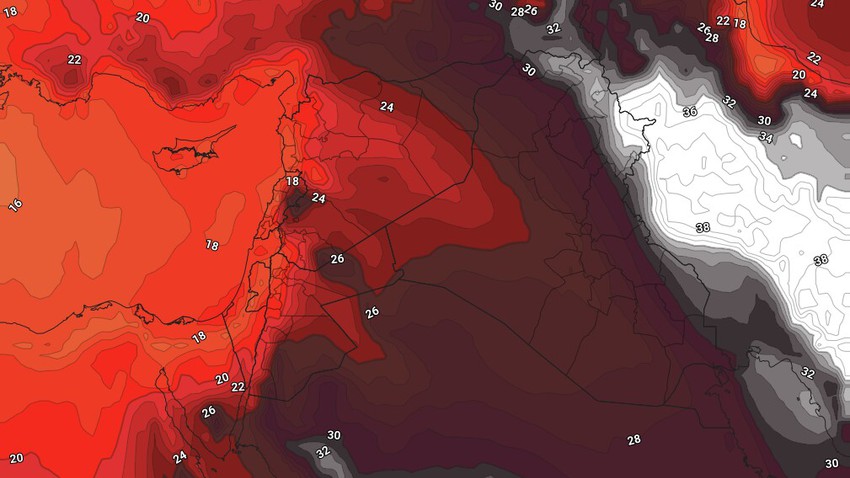 Arab weather - It is expected, God willing, that temperatures will return to a slight rise from Friday, so that the temperatures will rise slightly while remaining below their rates for this time of the year, and the weather will be moderate in most regions of the Kingdom, relatively hot in the Jordan Valley, the Dead Sea and the Badia regions, with Some clouds appear at medium and low altitudes.

There is a slight increase in temperatures on Saturday, but while they remain below their usual rates for this time of the year, and the weather turns to be relatively hot in all regions of the Kingdom, hot in the Jordan Valley, the Dead Sea and the Badia regions, so that the temperatures are in more than middle Thirty degrees Celsius in parts of those areas, with the emergence and scattering of clouds at different altitudes.

An increase in nighttime temperatures as the weather remains cold

There is a rise in nighttime temperatures on Friday/Saturday night and Saturday/Sunday night compared to previous nights, and the weather is generally nice to cold with high humidity, and it is recommended to wear light coats when sitting outside during the late night hours, especially for residents mountain heights.

The activity of the northwest wind continues

According to the latest received numerical outputs, it is expected that moderate northwest winds will continue to blow during the weekend, and winds will be active during the afternoon and afternoon hours and be dusty to a limited extent in desert areas.