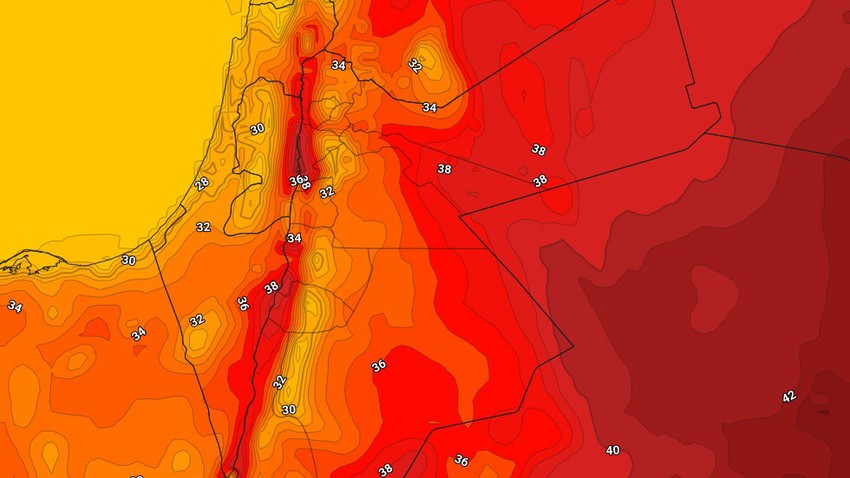 Arab weather - It is expected, God willing, that temperatures will rise again on Sunday, to become around their normal rates for this time of the year, and the weather will be normal summer in most regions of the Kingdom, hot in the Jordan Valley, the Dead Sea and the Badia regions.

Clouds appear at medium and low altitudes, especially in the early morning hours.

There is an increase in night temperatures on the night of Sunday / Monday compared to the previous nights, and the weather will be pleasant to moderate in most regions of the Kingdom.

An increase in humidity occurs, and clouds appear at different altitudes, with the possibility of fog forming at the tops of the southern mountainous heights.

The winds are northwesterly moderate in speed, active at times, especially in the eastern regions.

See the 14-day weather details that are constantly updated through the Arab Weather application.