Jordan | The chances of snow falling Saturday decreased, and local showers of rain until the evening hours 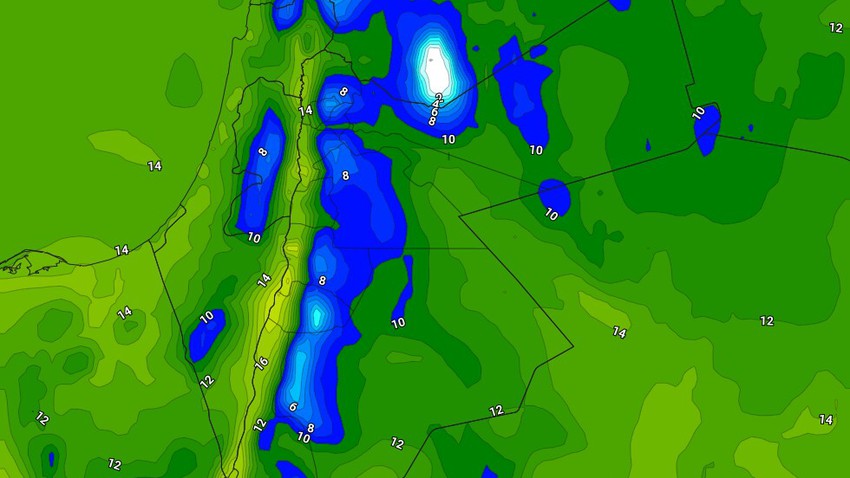 Arab weather - It is expected, God willing, that there will be a slight increase in the measured temperatures, but the tangible temperatures will remain very low, and the weather will be very cold in general, with the appearance of clouds at different heights, and the chances of snow falling, but the opportunity remains prepared for local showers of rain on Separate areas until the evening hours.

The winds are variable in direction and light to moderate in speed in general.

There is another decrease in night temperatures so that the temperatures are around below zero degrees Celsius in several parts of the Kingdom during the late night hours.

Cloud quantities are decreasing, coinciding with a decrease in wind speed, as weather conditions are ripe for the formation of frost and freezing in many large areas of the Kingdom, including the major cities, and the freezing is severe on roads that witness an accumulation of snow.

The winds will be light to moderate in variable direction, turning to southeasterly later.