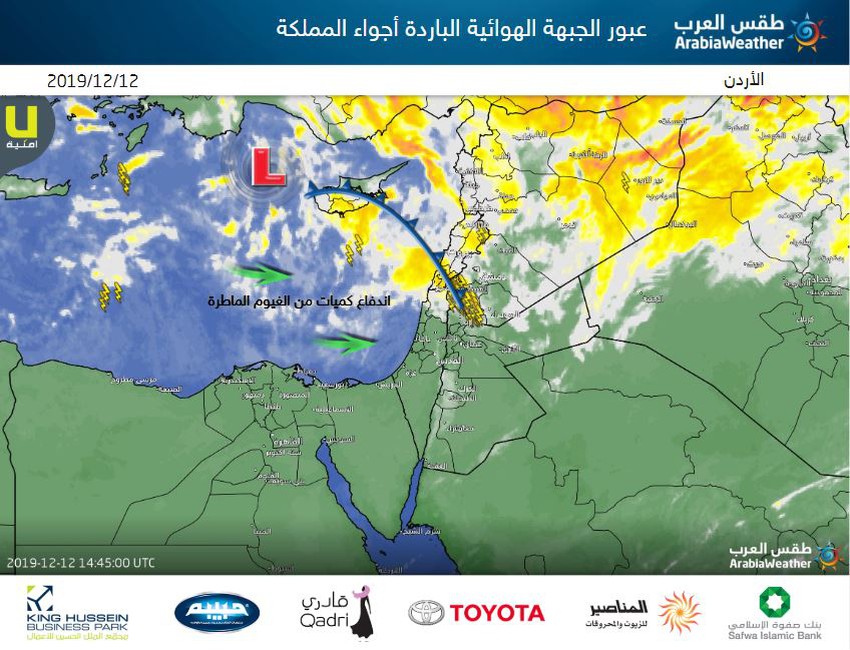 Weather of Arabia - The cold air front crossed the kingdom at four o'clock in the afternoon, and it worked on heavy rains in the northern region and caused the occurrence of torrential rain. It was also accompanied by showers of cold in many areas of Irbid and Ajloun, in addition to parts of the south of the Kingdom that included Tafila and Karak.

Suddenly, the temperatures decreased dramatically in the capital, Amman, and low clouds covered high elevations of the capital, and subsequently decreased the horizontal visibility.

During the coming hours, the chances of precipitation increase over the capital, Amman, and continue throughout the night

It is noteworthy that the Kingdom is affected by a second-degree air depression, which is the usual degree, according to the classification of weather depressions related to the weather of Arabs.