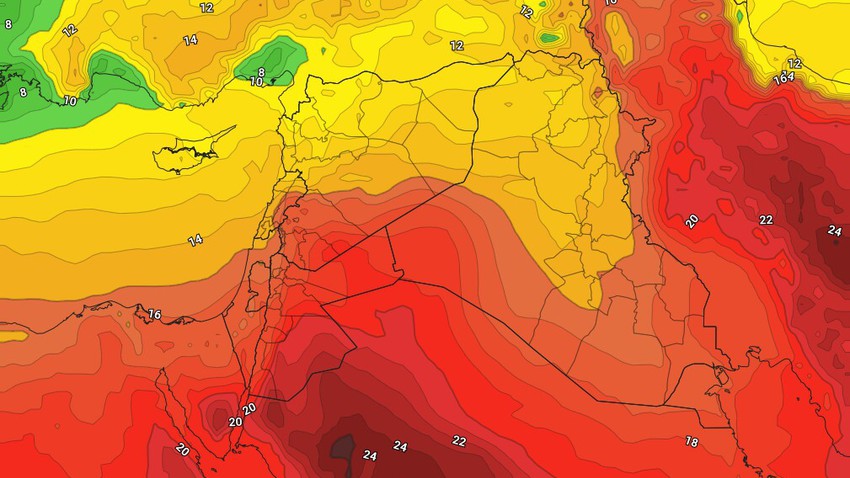 Weather of Arabia - The Kingdom has been affected in recent days by a very cold air mass that is unusual for such a time of year and has a polar origin, which brought with it cold to very cold weather, and low temperatures with rain and hail.

An additional rise in temperatures occurs on Wednesday, and the weather turns to be moderate spring in general, and is relatively hot in the valleys, the Dead Sea and Aqaba with the emergence of clouds at different heights, and there is a rise in night temperatures compared to previous nights, and the weather is pleasant at night hours The first, and turns into relatively cool with the passing of the night hours.

The flow of warm air currents towards the Kingdom increases on Thursday, and hot weather in general prevails, and is hot in the valleys, the Dead Sea and Aqaba with the appearance of clouds at different heights, and the weather continues to be pleasant in the early hours of the night, and turns into relatively cool with the passing of the night hours.