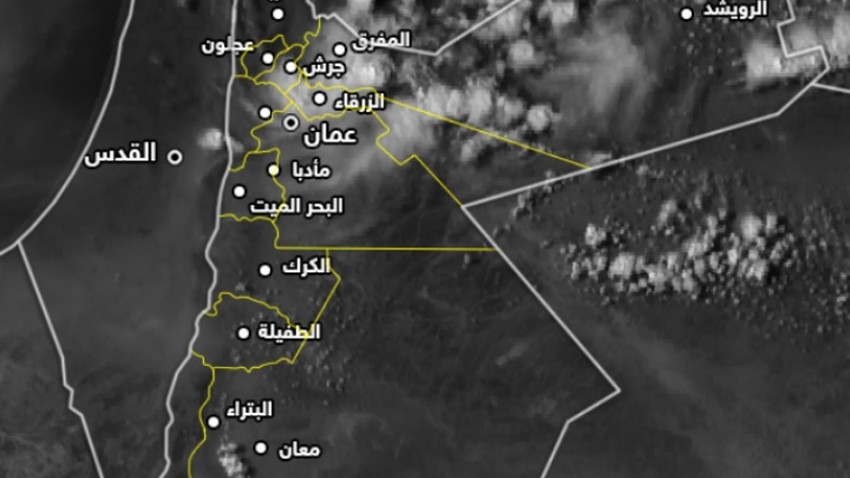 Arab Weather - The satellite images received at the Arab Regional Weather Center monitored the development of cumulus clouds over the eastern Badia regions of the Kingdom, accompanied by activity on the speed of surface winds that raise dust and dust, and it is expected that during the coming hours, the Kingdom will be increasingly affected by unstable weather conditions, which are in the form of proliferation. More clouds at different heights, interspersed with cumulus clouds, which work on thunder showers of rain, especially in the east of the Kingdom, and it is not excluded that some thunder showers of rain will extend randomly towards the rest of the Kingdom.

Rain is actively accompanied by the speed of surface winds that raise dust and dust, and perhaps dust waves in desert areas, and the occurrence of thunderstorms and hail showers, especially in the east of the Kingdom.