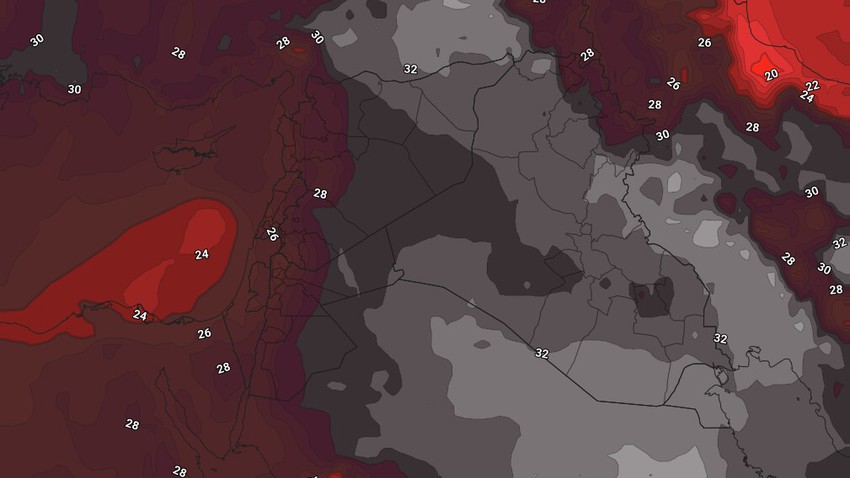 Arab Weather - The latest updates of numerical models indicate the deepening effect of the hot air mass on the Kingdom during the hours of Wednesday, so that there is an additional rise in temperatures to be several degrees higher than their rates for this time of the year, and the weather is hot summer in general, while it is severe The temperature is in the Jordan Valley, the Dead Sea, Aqaba and the Badia regions, and the temperatures are in the forties above those areas.

Some medium and high clouds appear, especially in the Badia regions.

The winds are northwesterly moderate in speed, active sometimes in the afternoon and afternoon hours, while they are variable in direction and light to moderate speed, sometimes active in the Badia regions.

There is an additional rise in night temperatures on Wednesday/Thursday night, and the weather will be warmer than usual over all regions, with some clouds continuing to appear at medium and high altitudes, especially in the eastern regions. those areas.

Winds will be northwesterly moderate in speed, active at times, especially in the eastern Badia regions, and they are dusty in those areas.