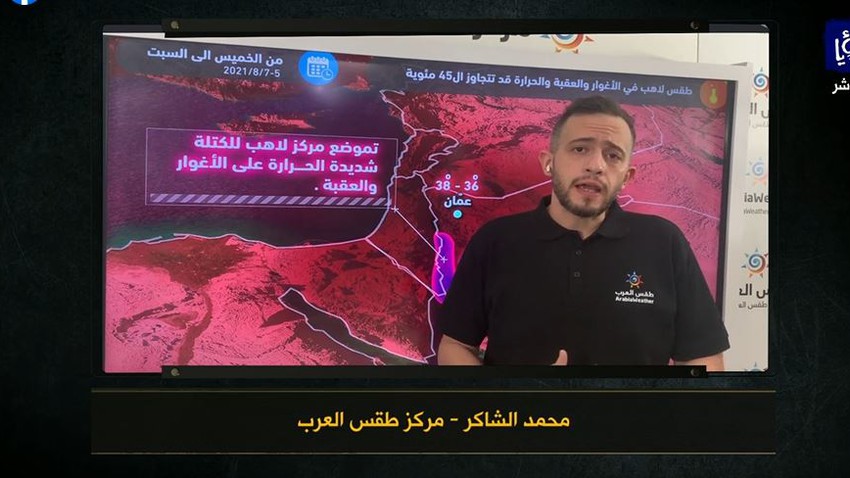 Arab weather - a long-term hot air mass that affects the Kingdom during the coming days with varying severity and intensity increases on Wednesday and Thursday, details with colleague Muhammad Al-Shaker via Roya channel and the country’s pulse program

Temperatures are higher than their averages for this time of the year, between 3-5 degrees Celsius, and the weather is generally hot in most areas and continues to be very hot in the northern and Badia valleys, while turning to become flaming in the central and southern Jordan Valley regions, including The Dead Sea and Ghor al-Safi, in addition to Aqaba, where it is not excluded that temperatures in some of those areas will exceed 45 degrees Celsius.