Jordan | The frequency of rain intensified with the hours after midnight, with chances of snow falling over the mountainous heights 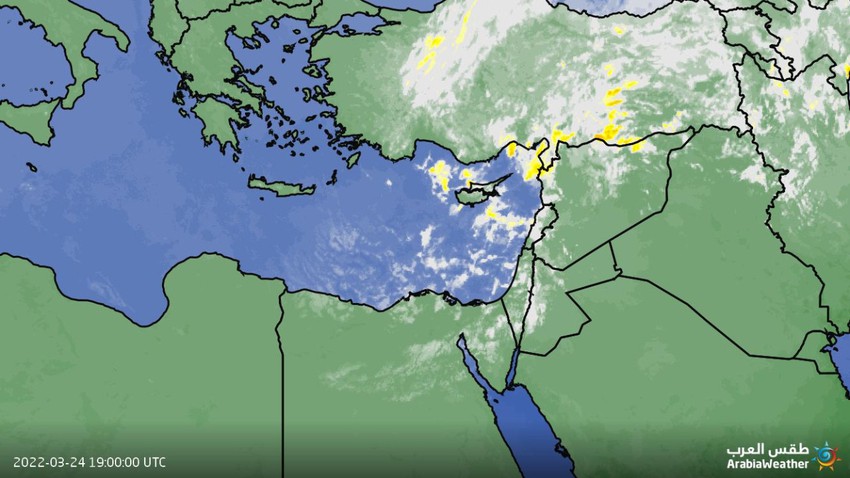 During the hours after midnight and dawn with the crossing of the second air front, it is expected that the frequency of rain will intensify in several areas of the north, central and southern parts of the Kingdom, which may be thundery at times with chances of hail. Jerash and Ajloun mountains, which are more than 1200 meters high.