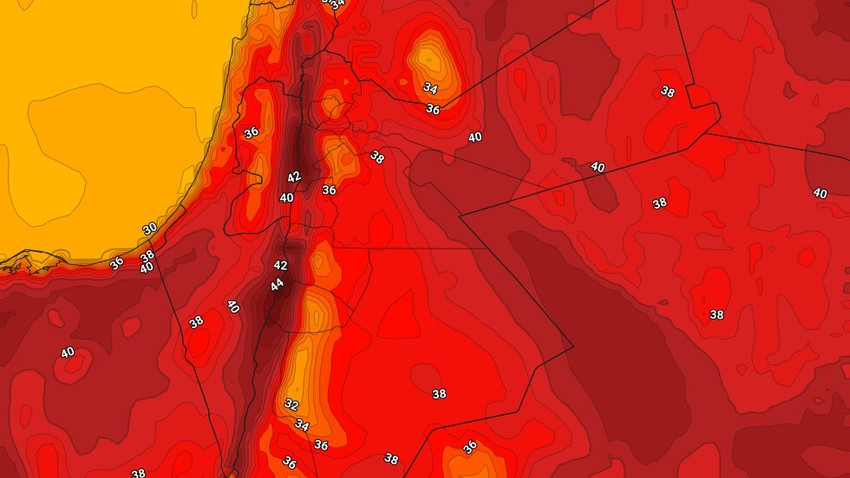 Arab Weather - According to the latest numerical outputs received by the Air Operations Department of the Arab Weather Company, it is expected that the Kingdom will continue to be affected by the hot air mass on Thursday, so that temperatures will continue to be several degrees higher than their rates for this time of the year, and the weather will be hot in all regions of the Kingdom, It is very hot in the Badia regions.

Clouds appear at medium and high altitudes, especially in the southern and eastern Badia regions, as a result of which there is a weak possibility of local thundershowers of rain in limited parts of those areas.

It is western, moderate in speed, active in the afternoon and afternoon hours, and is accompanied by strong flashes that cause dust and dust in the desert and open areas.

The weather turns into a flame in the Jordan Valley and Aqaba, and the temperature approaches 45 degrees Celsius 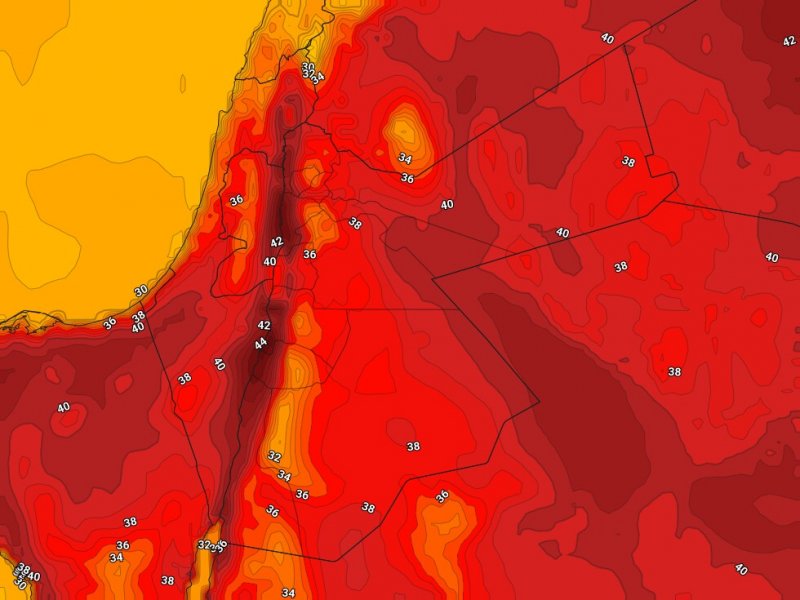 It is expected, God willing, that the effect of the hot air mass on the Jordan Valley, the Dead Sea and Aqaba areas, especially the central and southern Jordan Valley, will intensify, so that the weather in those areas will turn hot, and temperatures will approach the 45 degrees Celsius barrier in parts of those areas.

A slight drop in night temperatures on Thursday/Friday night

While the weather is relatively hot in the Jordan Valley, the Dead Sea and Aqaba, and clouds continue to appear at medium and high altitudes, especially in the Badia regions, the chance of local rain showers remains in those areas.

Winds will be northwesterly moderate, active at times in some areas, and dusty in desert areas.