Jordan: The impact of the hot air mass intensified on the Kingdom on Sunday and Monday, amid hot and dry weather in various regions 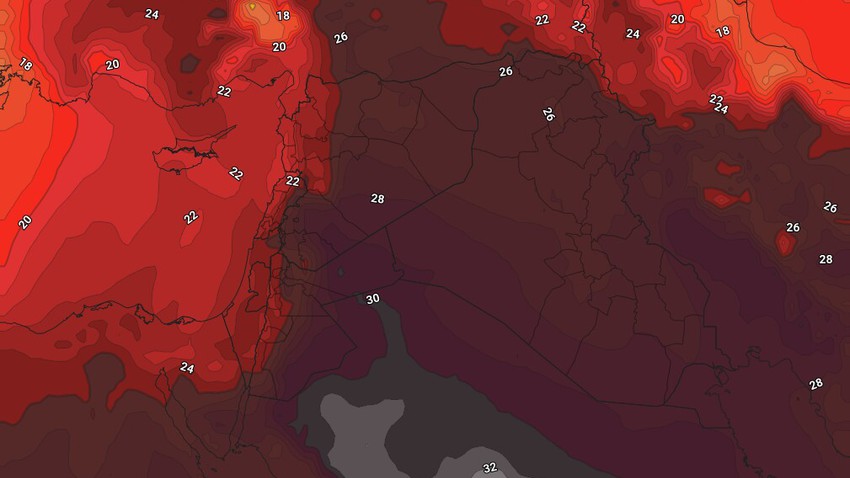 Arab Weather - Weather maps indicate, through the Badr system developed by Arab Weather , that an intensification of the hot mass is expected on Sunday and Monday, 29 and 30 May 2022, as the rush and control of the hot air mass coming from the desert of the Arabian Peninsula over the Levant is renewed, and thus the Kingdom enters into Hot mass peak effect.

The effect of the hot air mass intensified on the Kingdom, Sunday and Monday

In the details, it is expected that an additional rise in temperatures will occur on Sunday and Monday, to become 6-8 degrees Celsius higher than the usual rates for this time of year. The weather is generally hot and dry in the afternoon and afternoon hours in most areas, and temperatures are around 35 degrees Celsius in many Jordanian villages and cities, including the capital Amman, while the weather is very hot in the Jordan Valley, Bahramit and Aqaba regions, in addition to some areas of the Badia. The temperatures there exceed 42 degrees Celsius. The winds will be light and change direction in the morning, turning to become northwesterly in the afternoon. They are sometimes active in the Badia regions, raising dust and dust locally. At night, the weather remains warm in various regions, and tends to be moderate during the late night and early morning in the Badia and the eastern plains, with the appearance of some clouds at medium and high altitudes, and the winds will be northwesterly moderate in speed.