Jordan | The Khamaseen winds visit the Kingdom on the second day of Eid, Tuesday 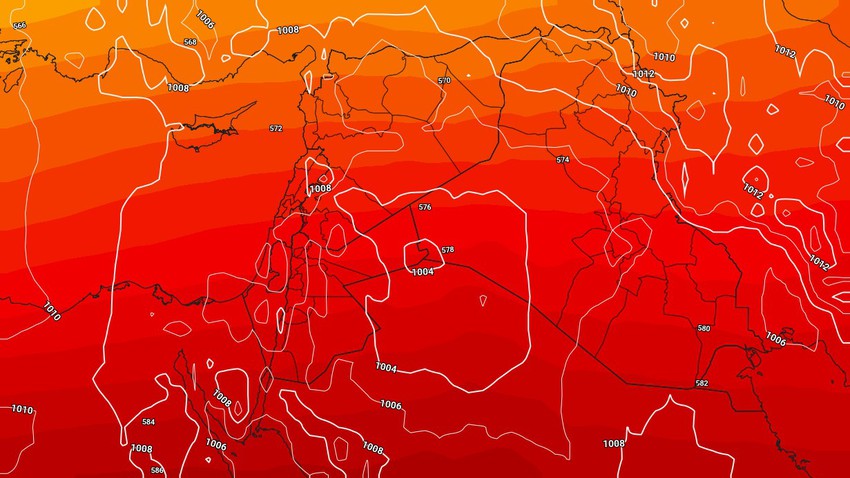 Weather of the Arabs - God willing, the Kingdom is expected to be affected by a new five-year depression on Tuesday, so there is another rise in temperatures to become several degrees Celsius higher than their rates for this time of the year, and five-year weather conditions prevail so that the weather is relatively hot to hot in most areas The Kingdom is dusty in varying proportions, while the weather becomes very hot in the Jordan Valley and the Dead Sea.

Maximum temperatures are in the early thirties in the main cities and the capital Amman, while they are between the middle and end of the thirties in the Jordan Valley, the Dead Sea and the city of Aqaba, coinciding with the appearance of some clouds at medium and high altitudes.

The winds will be southeasterly to southwesterly, moderate in the morning, active at intervals and working to raise dust and dust, especially in the south of the Kingdom. Severe gusts in the south of the Kingdom at speeds exceeding 85 km / h sometimes and up to 100 km / h in the heights of the south, and dense sandstorms form in the south and east of the Kingdom, which will paralyze desert roads, including those leading to Aqaba, Wadi Araba Road, and border crossings with Saudi Arabia and Iraq, such as the Mudawara border crossing. The sea is turbulent on the shores of the Gulf of Aqaba.

A drop in night temperatures, especially after midnight

There is a decrease in night temperatures compared to the previous nights, and the weather is warm in the early hours of the night, but tends to be cold at the late night hours and dawn, especially in the plain areas and high mountainous heights.

A rise in surface humidity occurs after midnight, and some low clouds gradually appear, especially in the northern regions.

The winds will be northwesterly to northwesterly, moderate in speed, energizing at times and accompanied by strong flashes in the eastern regions that stir up dust and dust.