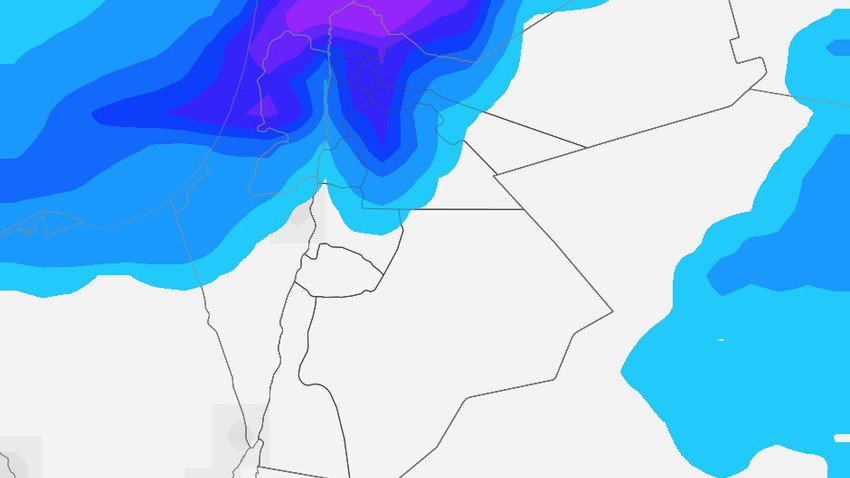 Weather of Arabia - The rains, praise be to God, fell last night, starting from the northern regions to the southern mountainous heights, and the weather stabilized during the morning hours in most regions of the Kingdom except for the far north of the Kingdom, and according to the numerical weather outputs, God willing, the Kingdom is expected to be affected by the effective part of the depression Air during the afternoon and afternoon hours.

Where the air depression crosses the Kingdom's airspace, which leads to an increase in the chances of rain and its regularity, starting from the northern regions and extending gradually during the evening hours towards the central regions, including the capital Amman, and may reach the southern heights at night hours, where the rains of varying intensity and abundant in some Sometimes, and this coincides with the intensification of the southwest winds, God willing.