Jordan: The Kingdom continued to be affected by the second-degree depression until the afternoon and evening hours of this Saturday 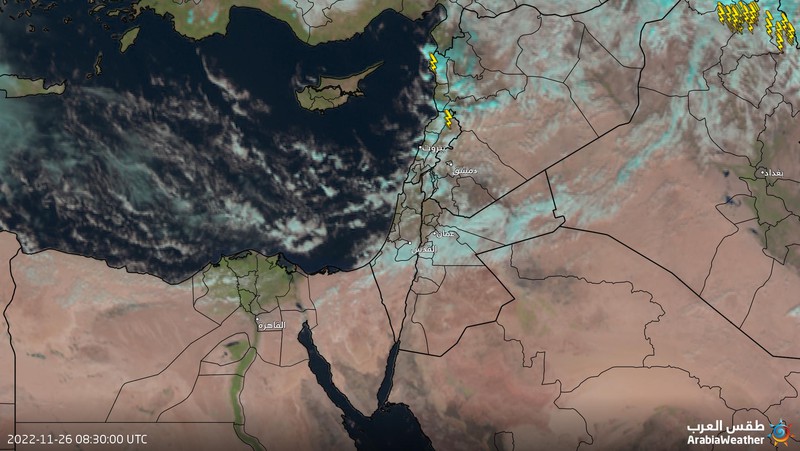 Weather of Arabia - The effect of the depression, which is classified as second-degree, continues until the hours after this afternoon, Saturday, so that the weather is winter in nature and often cloudy, with showers of rain from time to time in parts of the north and center of the Kingdom and some eastern and southern parts of country, God willing.

And the depression moves later to the east, away from the Kingdom, so that the chances of precipitation decline with the evening and night hours, and more decreases occur in the night temperatures, and the weather is relatively cold in most regions and cold over the high mountain heights, which calls for wearing warm clothes and The use of different heating methods, with the appearance of low clouds in some areas.

It is noteworthy that the depression brought good amounts of rain to different regions of the north and center of the Kingdom and some southern highlands, thanks to God.