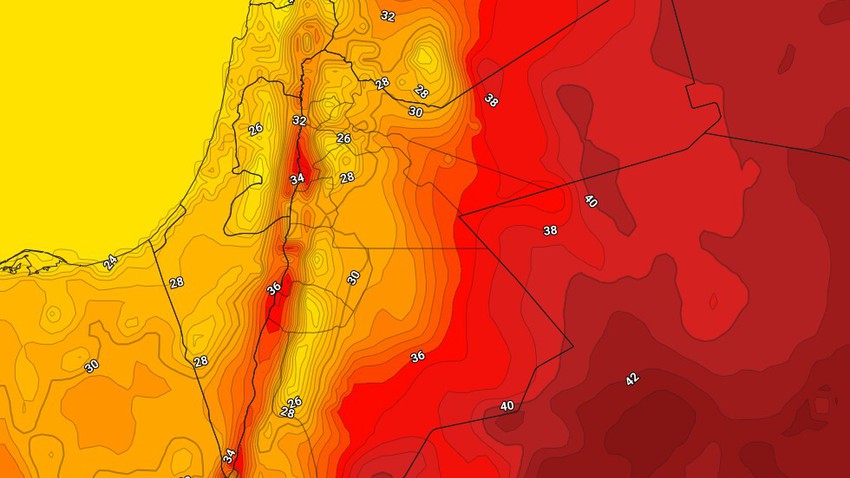 Arab weather - the western parts of the Kingdom are affected on Monday by a moderately hot air mass, so that temperatures drop to become lower than their rates, and the weather is generally mild summer, while the eastern regions continue to be affected by the remnants of a relatively hot air mass, so the weather is very hot in those The regions, while it is hot in the Jordan Valley and the Dead Sea, with the appearance of clouds at medium and low altitudes, especially in the morning hours.

Winds will be northwesterly, moderate to brisk, during the afternoon, afternoon and evening hours, accompanied by strong gusts that raise dust and dust in the desert and open areas.

This coincides with a significant increase in humidity, and the winds are northwesterly light to moderate in speed, sometimes active and dusty in desert areas.

Huge fire breaks out in fruit trees in Irbid