Jordan | The Kingdom will continue to be affected by the warm air mass, Saturday 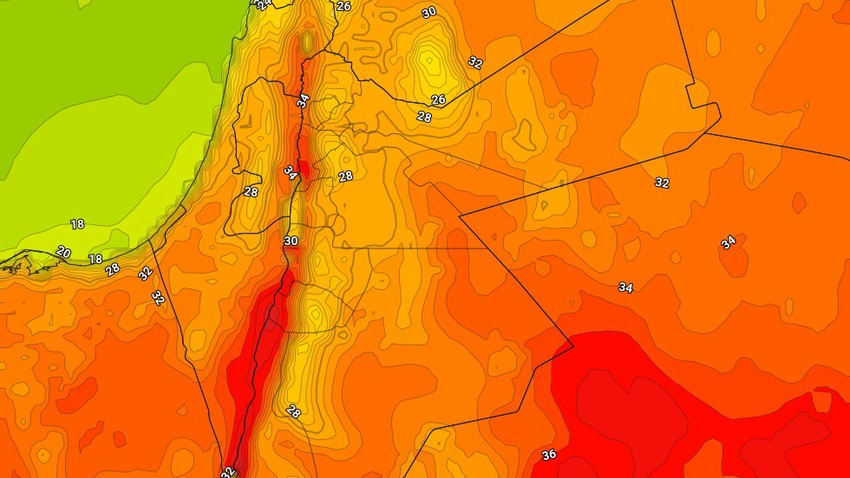 The winds are variable in direction and light to moderate in speed, active at times, especially in the south and east of the Kingdom.

Clouds will continue to appear at medium and high altitudes over many areas.

The winds are easterly, with light speed, and turn with the late night hours and dawn to moderate speed, active at times, especially in the eastern regions, the western slopes and the Shafa areas, and they are dusty and dusty in the eastern Badia regions.