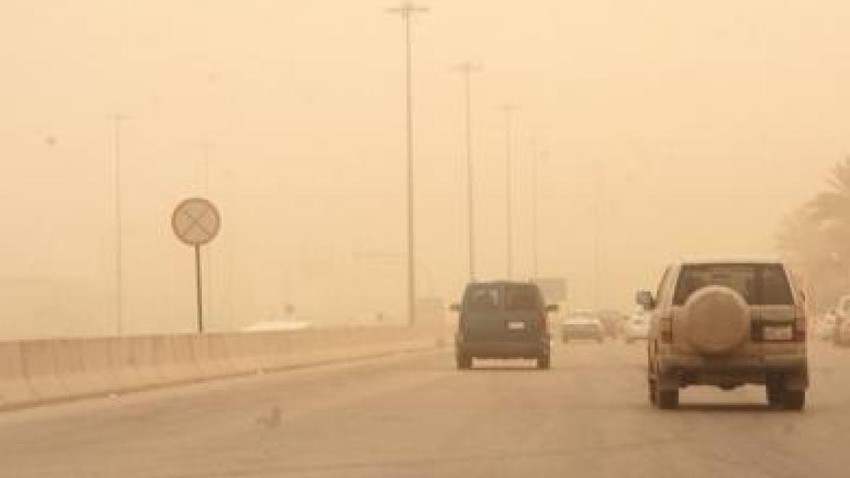 Weather of Arabia - Today, Friday, the Ministry of Public Works and Housing warned citizens on external roads of the possibility of low horizontal visibility from time to time due to dust formation in the Badia regions and the risk of slipping on roads in areas that may witness showers of rain, coinciding with weather conditions. The forecast that will affect the Kingdom, according to information received from the Meteorological Department.

In a press release, the ministry called on citizens to take the utmost care, caution and caution while driving on external roads, to follow the rules of safe driving and to abide by the directives of its cadres working in the field and the cadres of partners in the Public Security Directorate.

The ministry indicated that coordination is taking place on a permanent basis with the ministry's partners to work on resolving and addressing all observations to maintain the sustainability of the services provided to citizens.

It noted that traffic will be cut off on any road in case of low horizontal visibility in order to preserve the safety of citizens traveling on the roads in a precautionary and temporary manner if the need arises, according to the assessment of its cadres working in the field in coordination with partners in the Public Security Directorate.

Jordan | An extension of a late air depression affecting the Kingdom on Friday, accompanied by opportunities for rain, especially in the north, and a recommendation to stay away from the valleys in the north

Coinciding with the impact of an extension of an air depression on northern and central Jordan... Learn about the best areas for hiking in the south of the Kingdom on Friday