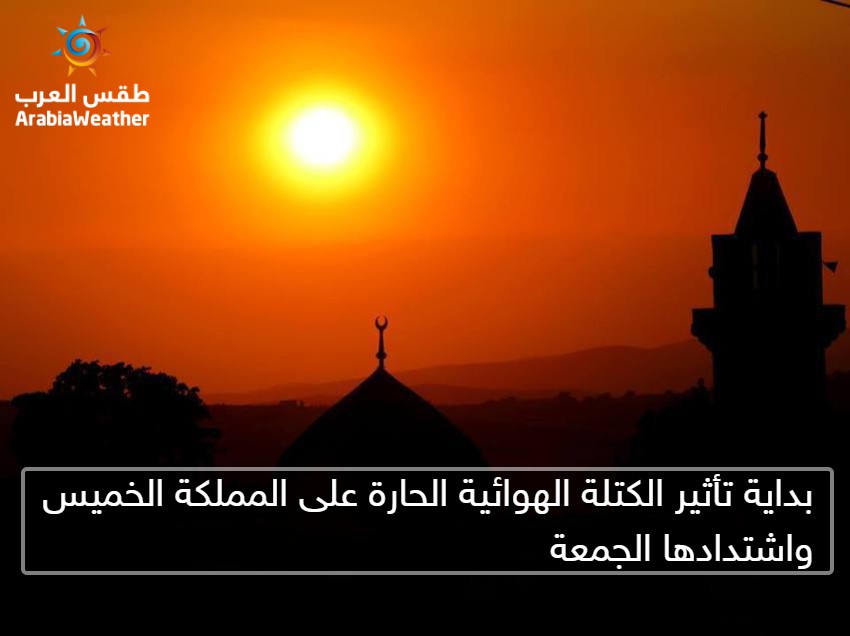 Jordan The onset of the effect of hot air mass Thursday

Arab Weather - Temperatures begin to rise from Thursday as a result of the Kingdom being affected by a hot air mass coming from the Arabian Peninsula, where relatively hot weather prevails in the mountains while it is hot in the Jordan Valley, Dead Sea, Aqaba and Eastern Badia on Thursday.

Hot climax reaches its climax on Friday, and hot weather prevails in the mountains, very hot in the Jordan Valley, Dead Sea, Aqaba and Eastern Badia, and temperatures are higher than their average by about 8 degrees Celsius, as temperatures rise at night also to prevail warm weather in all regions.

The easterly to southeasterly wind blows on Friday, light to moderate, and excites dust and dust locally in the desert areas.

Jordan | The Kingdom continues to be affected by moderate air mass, moderate weather during the day and mild to cold at night

Is New Zealand the first country to be virtually free of Corona after 100 days have passed without local transmission of the virus?

Monday and Tuesday | The emergence of quantities of clouds, low clouds, and a possible opportunity for light rain in the north of the Kingdom