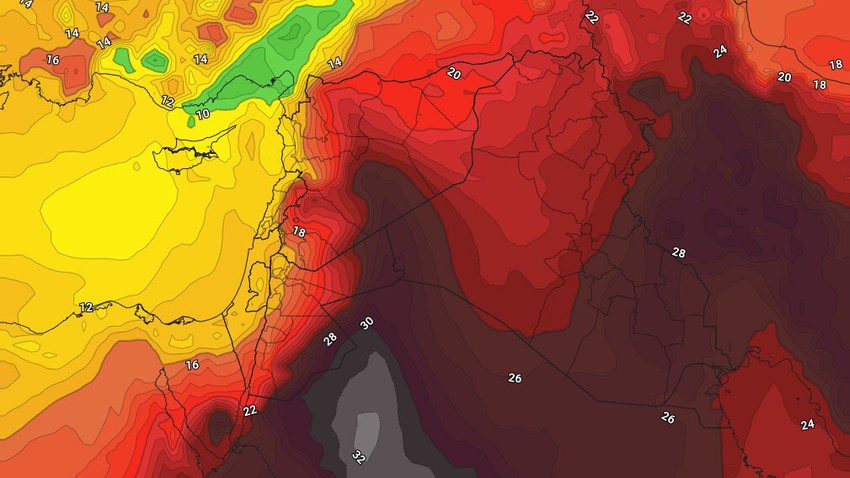 Arab weather - God willing, it is expected that the Kingdom will be affected by the hot air mass at its peak today, Saturday, so there is another rise in temperatures to be higher than their rates by 7 to 9 degrees Celsius, and the weather will be hot in most regions of the Kingdom, while the weather becomes very hot in the Jordan Valley and the Dead Sea, and clouds appear at medium and high altitudes.

The effect of the hot air mass declined on Sunday

The effect of the hot air mass recedes from the Kingdom on Sunday as a result of the rush of moderate-temperature marine air currents, so there is a significant decrease in temperatures on Sunday to become less than their rates for this time of the year, and the weather is springtime moderate during noon and afternoon hours in various regions of the Kingdom, while It is relatively hot in the Jordan Valley, the Dead Sea, the city of Aqaba and the Badia regions, with clouds appearing and scattering at different altitudes.