Jordan | The relatively hot weather will continue until Tuesday, and changes are expected in the atmosphere as of Wednesday 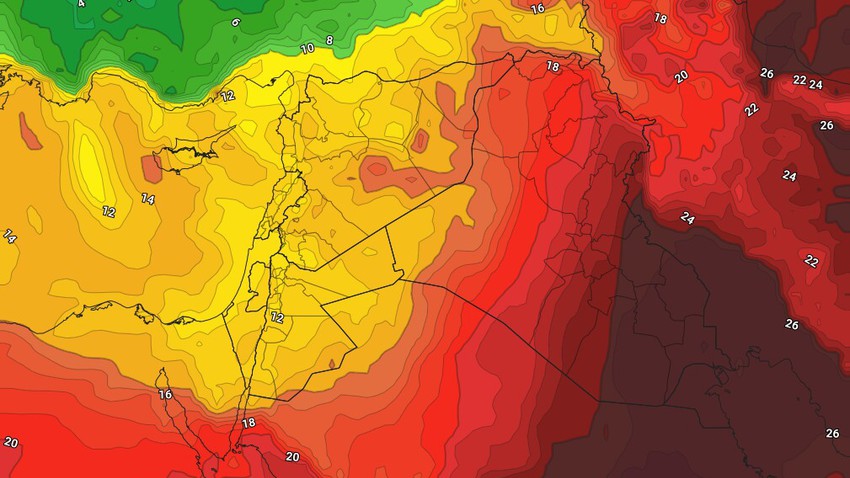 Arab Weather - The latest output of the numerical air models processed by the Air Operations Department of the Arab Weather Company indicates that the Kingdom is still affected by an air mass with temperatures higher than the rates accompanying an air rise in the upper air layers until the middle of the week, before the atmosphere begins to change after that, so that A moderate air mass with high humidity approaches the Kingdom. the details

It is expected, God willing, that the effect of the relatively hot air mass on the Kingdom will intensify, reaching its peak on Tuesday, so that the temperatures will rise additionally and slightly, to be higher than their rates for this time of the year, and the weather will be a relatively hot day in the mountainous heights, very hot In the Jordan Valley, the Dead Sea and the city of Aqaba, in addition to the Badia regions, with the appearance of some medium and high clouds, especially in the Badia regions.

The temperatures are in the thirtieth levels above most of the main regions and cities of the Kingdom, while it touches the end of the 30s Celsius in parts of the Jordan Valley and the Dead Sea.

According to the latest received initial indicators, it is expected that a gradual change in the atmosphere will occur with the first days of the fall season astronomically, so that a moderately hot and humid air mass approaches the Kingdom on Wednesday, as a result of which the temperatures drop to be around less than their rates for this time of the year, and the weather will be Moderate to relatively hot in the mountainous heights, hot in the Jordan Valley and the Badia regions. 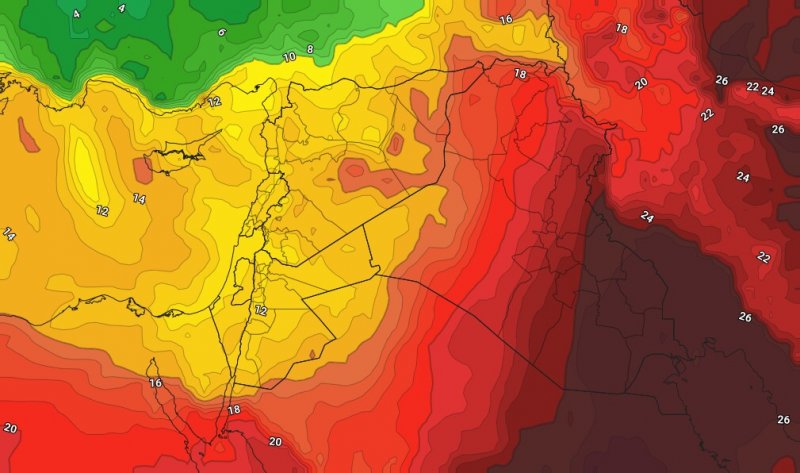 According to the computer outputs, it is expected that the influence of the moderate air mass on the Kingdom will increase on Thursday, so that the temperature will decrease to be lower than their rates for this time of the year. the low.

A decrease in night temperatures, starting from Wednesday/Thursday night

God willing, night temperatures are expected to decrease as of Wednesday/Thursday night compared to the previous nights. Fog formed in the mountainous highlands and the eastern plains, with a further decrease in night temperatures on Thursday/Friday night. Light to moderate northwest winds will continue to blow over the Kingdom in the coming days, sometimes active in some areas during the afternoon and afternoon hours, working to raise dust and light dust in the desert areas until Tuesday.