Jordan | The return of cold nights to the Kingdom in the coming days, which requires wearing coats again 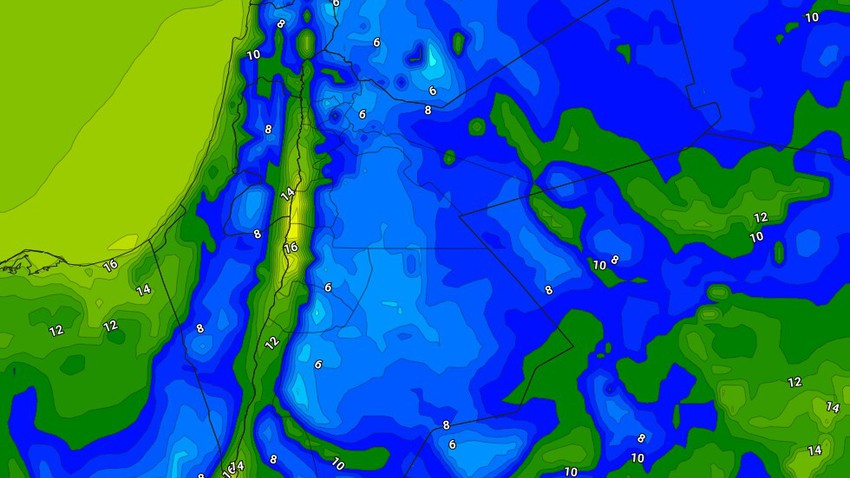 Arab Weather - The outputs of the weather maps received at the Arab Weather Center indicate a significant decrease in night temperatures as of Tuesday/Wednesday night compared to the previous nights, and the weather is cold during the night hours in various regions of the Kingdom, so that the lowest temperatures reach to be around to A little below 10 degrees Celsius in major cities, including the capital, Amman.

An additional drop in temperatures on Wednesday/Thursday night

It is expected that there will be a further decrease in night temperatures on Wednesday/Thursday night, and the weather will be colder than usual in all regions of the Kingdom, and the lowest temperatures will be below 9 degrees Celsius in major cities, including the capital, Amman.

Night temperatures are expected to gradually rise from Thursday and into the weekend.

The decrease in night temperatures during the coming days coincides with a noticeable increase in surface humidity, with humidity exceeding the 90% barrier sometimes in many areas, and low clouds spread during night hours, which may work to form fog over some high mountainous heights.

The atmosphere is not suitable for carrying out any outdoor activities, including breakfast or suhoor outside, and requires returning to wear coats at night and during the early morning.