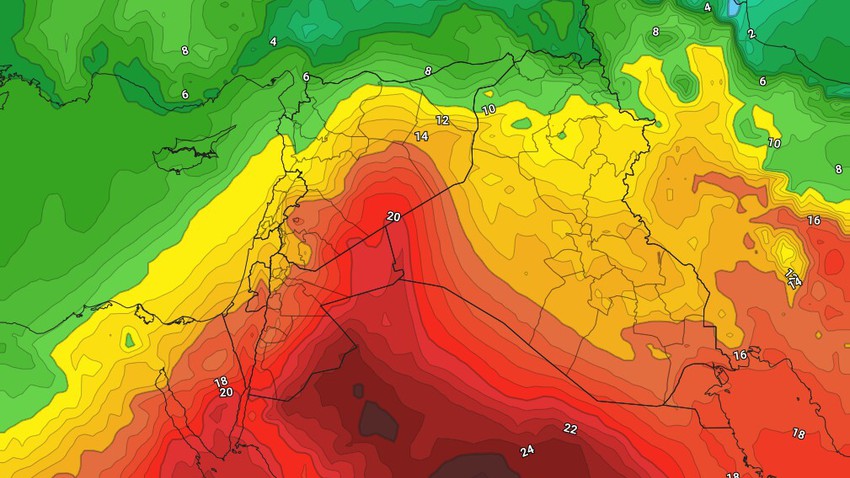 Weather and expected temperatures in Jordan on Tuesday 11-5-2021