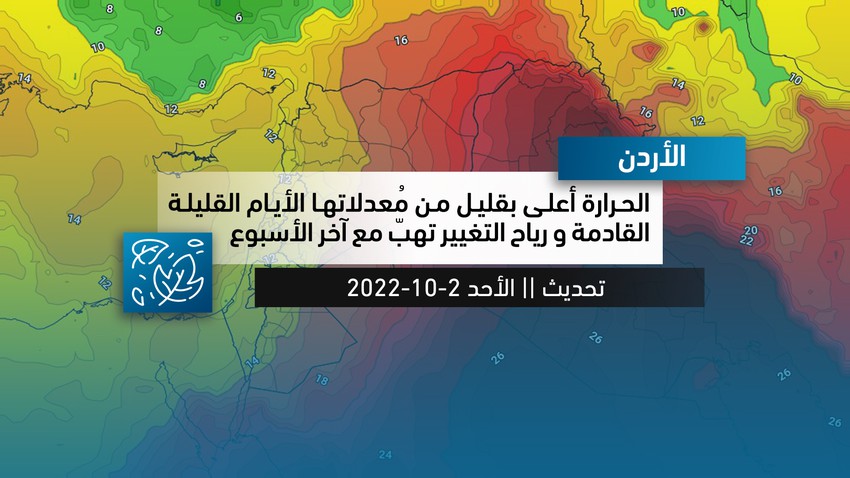 Arab weather - temperatures will continue to be slightly higher than their normal rates for this time of the year during the next few days, so that the Great will be close to 30 degrees Celsius with the afternoon hours in Amman and many Jordanian cities. From summer to autumn, while the weather is hot in the Badia, the Jordan Valley, Bahramit and Aqaba regions. As for the night hours, a pleasant atmosphere prevails in general in most areas, God willing.

The weather maps operated by the "Arab Weather" Center for several days indicate expectations of changes in the pattern of the prevailing atmospheric systems in the northern hemisphere by the end of this week, represented by the formation of an air high across the European continent in conjunction with the decline of a relatively cold air mass to the east of this The high rises directly towards the Balkans, the Greek islands, and Turkey, and then - after losing its cold characteristics - it may head to the eastern basin of the Mediterranean, including the Kingdom, and arrives in the form of a "humid and nice-temperature air mass". 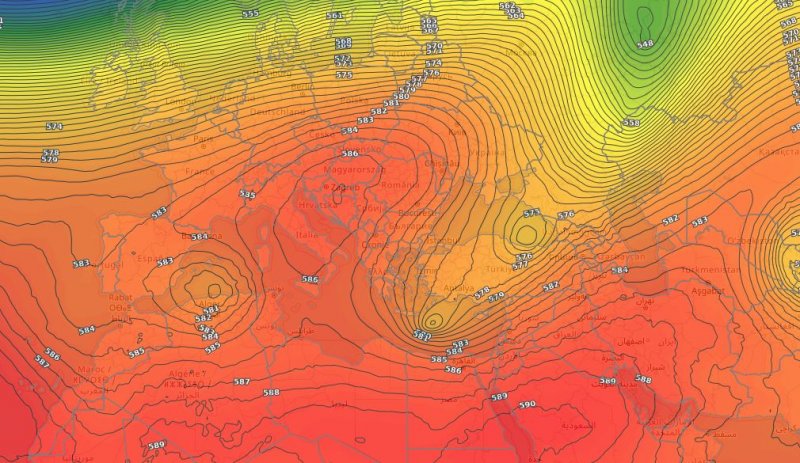 If this is achieved, the temperatures will be several degrees lower than their normal rates, and the Kingdom will experience a pleasant atmosphere during the day in the mountains and most Jordanian cities, where the great ones are in the mid-twenties, while it is relatively cold during the night hours. The weather forecast staff in "Arab Weather" will keep you informed about the latest updates in the coming days, God willing.