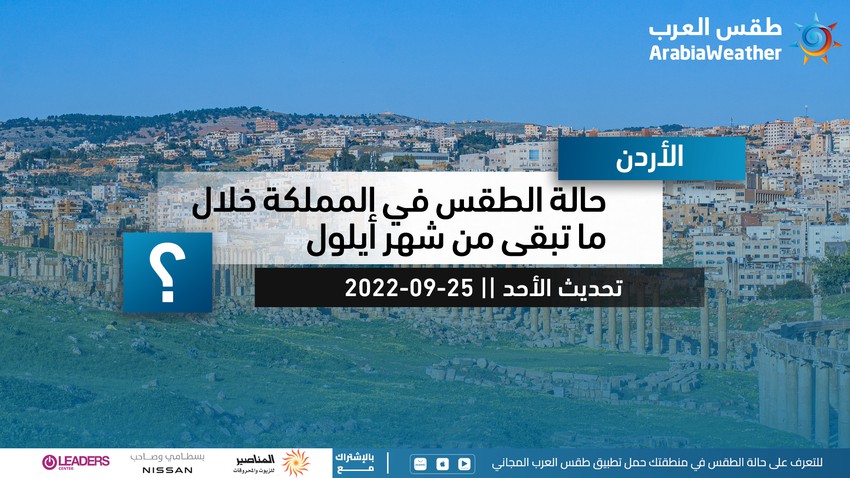 Weather of Arabia - Weather maps indicate that temperatures will continue to be slightly higher than their usual rates for this time of the year on Monday, with no expectations of a radical change in the atmosphere in the Kingdom in the short and medium term, God willing.

In the details, the weather on Monday remains stable and mild in the high mountain heights, tending to a little heat in most areas during the afternoon and afternoon hours, while it remains hot in the Badia, the Jordan Valley, the Dead Sea and Aqaba, and the winds are northwesterly moderate speed, sometimes active in the Badia areas and raise Dust and dust. While it is generally pleasant in most regions of the Kingdom at night, God willing.

According to the same weather maps, it is expected that the Kingdom and the rest of the eastern Mediterranean region will remain under the influence of northwesterly currents with temperatures close to their rates during the remainder of September, so that temperatures tend to decrease slightly in the coming days, with expectations that the low temperature will not extend And the hot mass accompanying it from the east towards the region, as the surrounding weather conditions are not ready to extend towards us, and this means that the atmosphere will remain moderate during the day, especially in the mountains, and pleasant at night.