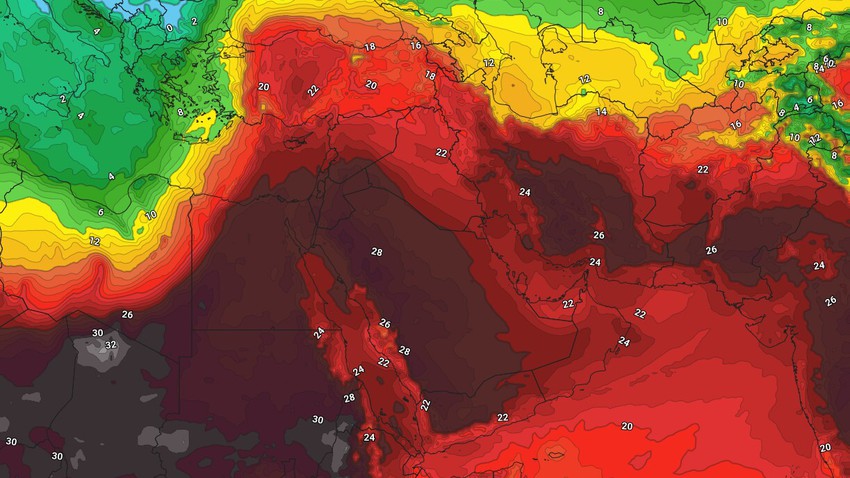 Arab Weather - After the Kingdom has lived on the reality of an atmosphere that is close to that of Canonism during the past days, the aerial maps through the Badr System developed by ArabiaWeather indicate a dramatic change in the expected airspace, and a radical change in the air systems by the end of this week, as the numerical outputs indicate The possibility of a remarkable rise in temperatures starting from Friday, and this report reviews the most prominent reasons that will control, after the will of God, the rule of unusually hot weather conditions over the region.

A dry stretch of the Red Sea depression

A hot air mass is rushing towards the Kingdom coming from the Arabian Peninsula, as a result of the extension of the Red Sea depression accompanied by the blowing of eastern winds, and temperatures begin to rise gradually on Friday , and hot weather throughout the Levant region intensifies at the beginning of the week.

Surface humidity levels decrease as a result of the nature of the air mass of desert origin from the Arabian Peninsula , and temperatures rise at night to bid farewell to the cold climates that we lived in the past days.

Expectations indicate the formation of a strong air height in the north of the European continent, leading to a cold upper basin pushing south towards the middle of the Mediterranean, but due to the lack of necessary support for that basin, it will remain stagnant in a way that serves regions without others for continuous days and this system is known as ( Rex Block ), leading to the survival of the region under the scope of the dry effect. 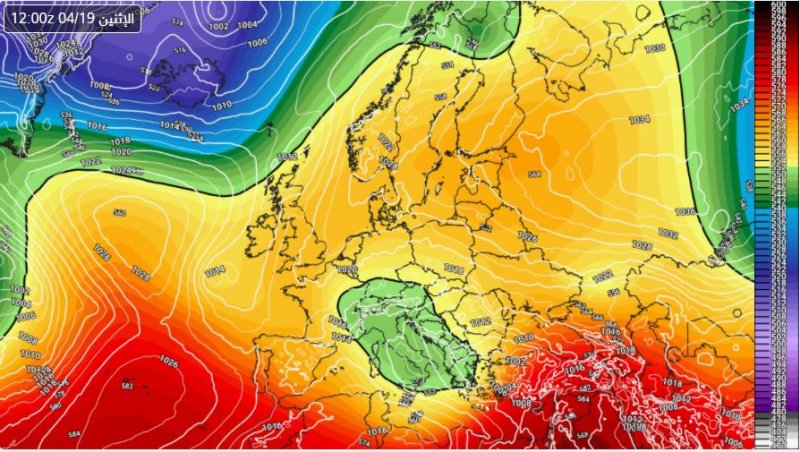 On the other hand, and in response to this , the tropical air height in the Arabian Peninsula is pushed north to control the airspace of the Levant and Egypt, reaching Turkey, which works to push a hot air mass towards the eastern Mediterranean, including the Kingdom, coming from the lands of the African continent and accompanying the effect of an air high Strong in the higher layers of the atmosphere, which contributes to the rush of hot air and the intensification of the hot weather early next week.

What will contribute to the significant increase in temperatures is the presence of a five-point depression over the Libyan desert on Saturday, where the warm air mass will find more thermal support from the Sahara of Africa.

The age of the hot air mass that will affect us?

According to expectations for the coming period, it seems that the Kingdom will gradually be affected by the hot air mass starting from Friday, amid indications that the effect of this hot mass will continue until the middle of the next week and with varying intensity from day to day, as the Kingdom is increasingly affected on Sunday, Monday and Tuesday by the hot mass , which will cast its shadow In the region's atmosphere, and it is working to raise the temperature and the prevalence of hot to very hot weather, and it requires the issuance of a set of warnings.