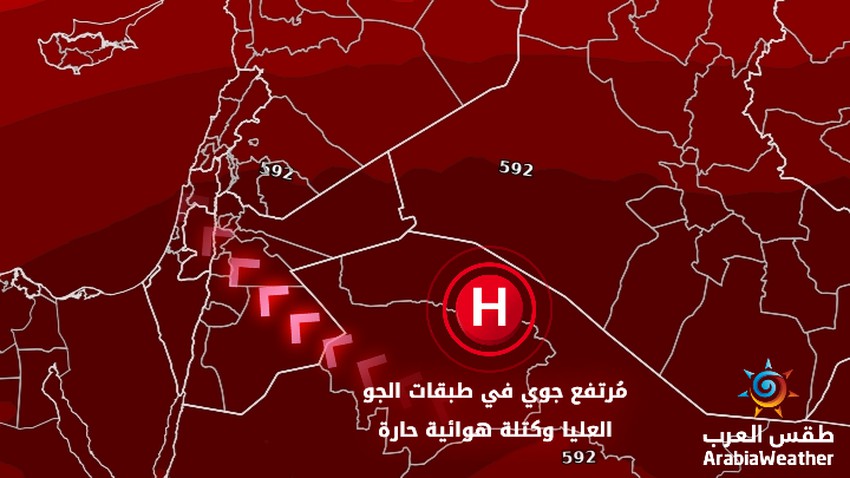 Arab Weather - The weather maps in the Arab Regional Weather Center indicate a rise in temperatures in the first half of the last week of the current month of July to be higher than their rates for this time of the year, and the summer weather is relatively hot to hot in various regions of the Kingdom, but it is very hot In the Jordan Valley, the Dead Sea and the city of Aqaba, while it is moderate to warm at night.

Observing a hot air mass in the last days of July

The weather forecast staff closely monitors the presence of indications of a hot air mass rushing from the desert of the Arabian Peninsula towards the region, including the Kingdom, accompanied by an air rise in the upper atmosphere, where temperatures rise further and the weather becomes hotter than usual during the day and even in hours. At night, the hot air mass is accompanied by the appearance of clouds at medium and high altitudes, especially in desert areas. 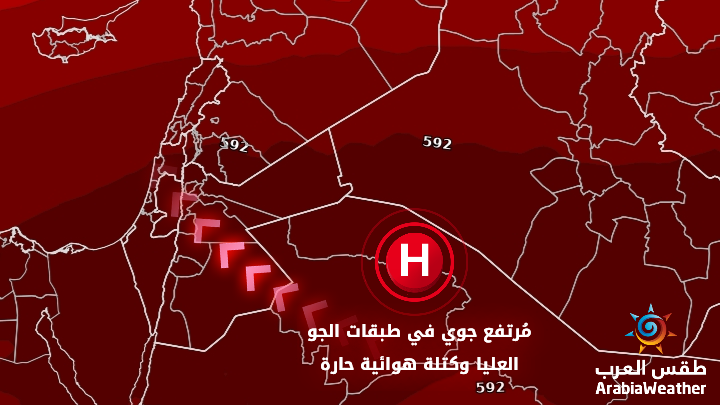 It is noteworthy that the Kingdom has not been exposed to any heat waves since the beginning of the summer, but climatically, the chances of heat waves increasing as we approach the end of July and we enter the month of August, which is considered the hottest throughout the year in terms of climatic averages of temperatures.

For more details, through the Arab Weather app