Jordan This summer is a regular summer so far, so why 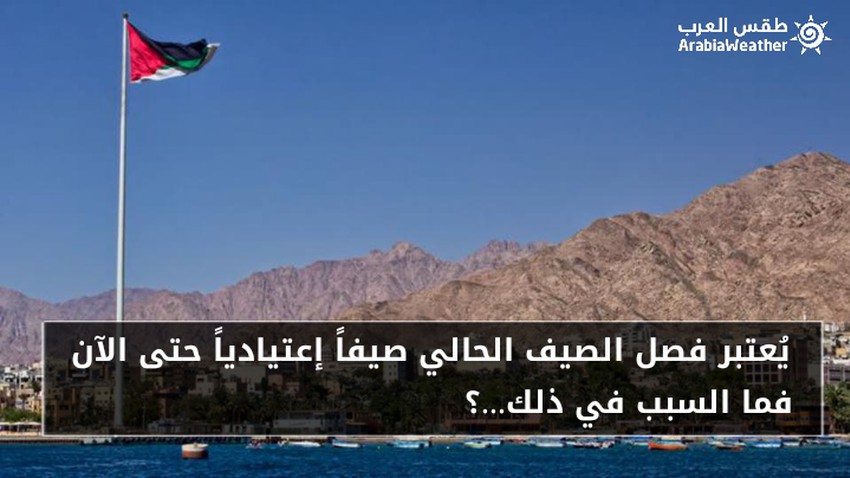 Weather of the Arabs - This summer so far is considered a regular summer in the first place, and depending on the weather conditions prevailing in the Kingdom, which prevailed in the past.

What is the reason for the current summer classification so far?

Until this moment, the current summer is considered a regular summer and has been classified as such because the Kingdom is not affected by many hot or even warm air masses, where the temperatures and airspace were within their usual pattern, instead of the moderate atmospheres witnessed by the high mountainous highlands, except for some days that are classified. Warm.

Until the preparation of this report, the Kingdom was exposed to only one hot wave, which we witnessed during the late days of the holy month of Ramadan, and the Kingdom witnessed temporary rises on the temperature during the past periods, but it did not rise to what is scientifically called "a free wave" and despite the high temperature, the atmosphere remained within the summer limits Usual with some relatively hot or hot days which are few thanks to God.

Although we are in the month of July, the temperatures have not yet exceeded a 34-degree barrier on some days when the temperature has risen. As for the temperature that dominated in most days, it reached the end of 20 degrees over the mountains and the beginning of the 30th in the rest of the cities. The Jordan Valley, Dead Sea and Aqaba The eastern desert is regions with a different climate from the main cities of the Kingdom, and the atmosphere is different, as they are accustomed to the hot climate.

The current summer and its comparison to the summer of 2015.

The summer semester 2015 is the hotest summer semester since 2010, in which the hot waves abound and the heat during some months exceeded the 40 degree barrier and is distinguished by its long-term hot waves. The current so far "normal".

Given the remainder of the summer season, the end of July and the beginning of August, the Kingdom may be exposed to hot air masses again, which will cause temperatures to rise again, but until now, the summer 2020 season is considered normal in the Kingdom.